As an alternative renewable energy, a galvanic cell energy storage system employing electrolyte from a plant is used

The use of plant sap as an electrolyte in a Galvanic cell system comprised of zinc or iron and copper electrodes is regarded as a green alternative energy source that produces electricity through a spontaneous redox reaction. We studied in two ways: in the lab to learn about the influence of sap on Galvanic cell potential, and in the field with Spondius pinnata trees in Rantau Aceh as the pilot site for the energy from trees project. Aloevera sap was noticed as the principal object, with banana and Spondius pinnata stems serving as comparisons. The saps were then employed as electrolytes in a Galvanic cell to generate electricity. The potential generated by the cell was measured using several pairs of electrodes. The cell's potentials were also examined using a variety of electrolytes derived from plant saps, mineral acids, aquadest, and tap water derived from ground water. The presence of metal ions in saps was determined using an atomic absorption spectrophotometer. The results indicated that the presence of zinc or iron and copper ions in plant sap produced the high potential of the Galvanic cell system, but the potentials for electrolytes utilizing mineral acid, tap water, and aquadest were lower. Meanwhile, the electrode distance had no potential impact, and the series of the Galvanic cell produced a non-linear potential. To gather electricity, iron and copper electrodes put in Spondius pinnata plants were utilised as a source of power from trees in Rantau, Aceh, to illuminate a distant location at night. 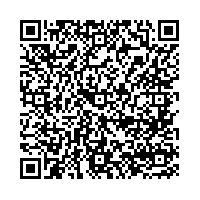