Applications of Carbohydrates on Plant Protection and Plant Growth

Carbohydrates are gaining popularity due to their function in plant immunity. Some act as environmental stresses of plant protection, while others function as signaling molecules in the same way that phyto-hormones do. The main kinds of carbohydrates relating to plant immunity, as well as their role and mechanism of action, are described first in this overview. More specifically, the current state of knowledge about the perception of "PAMP, MAMP, and DAMP (Pathogen-, Microbe-, and Damage-Associated Molecular Patterns) type" oligosaccharides is described, as well as examples of brought to trial reactions. The structure/activity interactions of these molecules are given special consideration [1]. Sugars' significance as signaling molecules, particularly in plant-microbe interactions, is extensively discussed. Second, the benefits and drawbacks of using carbohydrate foliar treatments to boost plant immunity the roles of the leaf cuticle and phyllo-sphere microbiota in crop disease prevention are discussed, with a focus on the roles of the leaf cuticle and phyllo-sphere microflora. 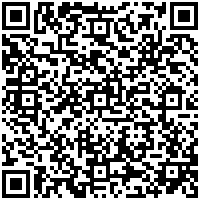