From 5.28% in 2004 to 2.8% in 2018, the prevalence of HIV infection in Cameroon has steadily dropped. However, this overall decline in occurrence could mask some inequalities, particularly in terms of location or pattern. Targeting hotspot locations is necessary for effective HIV control and prevention. The purpose of this study was to identify hotspot clusters and assess whether there is a geographical pattern of HIV in Cameroon. Following an accepted request from the MEASURES Demographic and Health Survey Program, HIV biomarker data were combined with Global Positioning System (GPS) location data from the Cameroon 2004, 2011, and 2018 Demographic and Health Survey (DHS). Through the R package "D Cluster," the spatial autocorrelation test and the Moran I test were carried out. With SaTScan software 9.4 and solely spatial and space-time analyses, the discrete Poisson model was fitted to scan and find hot-spot clusters based on the Kulldorff test. In order to manipulate maps, the data and discovered clusters were finally loaded into QGIS software version 3.20.2. Despite the decline in HIV prevalence in Cameroon, the study found that hot-spot clusters and a geographical pattern of HIV were present. Public health policy in Cameroon should focus more on the clusters of HIV hotspots identified in this study while maintaining effective control in other areas of the nation that are cold spots as part of its mission to eradicate HIV infection by the year 2030.

The national and international communities have stepped up their efforts to combat HIV/AIDS in recent years. The United Nations' Millennium Development Goals (MDG) included the battle against HIV/AIDS in goal number 6. The World Health Organization (WHO) reports that many nations implemented the MDGs, which led to a global drop in new HIV infections of 38% between 2001 and 2013. The battle against HIV was incorporated into Sustainable Development Goal (SDG), whose major objective was to eradicate AIDS, TB, malaria, and neglected tropical diseases by 2030 and to combat hepatitis, water-borne illnesses, and other infectious diseases. The objectives were created and promoted by the United Nations AIDS (UNAIDS) in order to achieve this aim. These goals included achieving viral suppression in 90% of all antiretroviral medication recipients, 90% of all persons with HIV infection receiving prolonged antiretroviral therapy, and 90% of all people living with HIV being able to know their HIV status by the year 2020. Between 2015 and 2020, the number of new HIV infections decreased internationally thanks to the efforts of the majority of nations. In terms of the decline in HIV infection, Cameroon has also seen some success. In actuality, the incidence of HIV in Cameroon decreased from 5.55% to 2.8% between 2011 and 2018. However, Cameroon's HIV infection rates continued to vary widely (age, place of residence, region, and gender). In comparison to males, the prevalence was greater in the female population (3.5%), in urban areas (2.9%), and in people aged 35 to 39 (all accordingly). According to geographical differences, it was shown that the South (5.7%), East (5.6%), Adamawa (4.1%), North-West (4.0%), and Center (3.5%) areas had higher rates of HIV infection. The 2018–2022 National Strategic Plan for HIV/AIDS and STIs identified these sectors as key areas for action. Furthermore, Cameroon's efforts to combat HIV infection were to be directed more specifically to these areas. In Cameroon,regions, which are often quite vast and have diverse populations, are the first level of geographical and administrative organization. Targeting hot-spot clusters, which are the precise locations where the virus spreads most quickly, is therefore important for HIV eradication programmes that are effective. This study sought to locate hotspots of HIV infection in Cameroon for the years 2004,2011, and 2018. Public health authorities must identify illness hotspot clusters in order to use them to better target their efforts.Other places including Mongolia, Ethiopia, Brazil, Shanghai, Malawi, and Nigeria have done this.

From 2011 to 2018, the prevalence of HIV infection in Cameroon drastically declined. However, this study's future space-time analysis revealed that persistent hot-spot clusters continued to exist. These hot-spot clusters have been mapped as part of this investigation. Regional disparities analysis was often the foundation for Cameroonian public health authorities' initiatives. In addition to these regional studies, this study carried out a more detailed analysis using the geographic coordinates of the hot-spot clusters found. As a result, precise areas and subdivisions that require additional attention are now recognised. Public health strategies and initiatives should concentrate more on the identified hotspot clusters in order to effectively combat HIV transmission in Cameroon. The monitoring and management, however, should continue in other locations that weren't classified as hot-spot clusters. 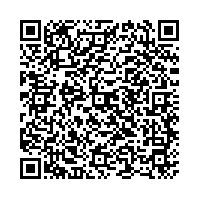