Synthesis, Applications and Future Perspectives of the Small Art Nanosciences Risen as a Technology

Nanotechnology and sciences is nurturing research to an extent unimaginable. The term stated as a fashion is now a criteria deciding the world’s economy in terms of research and development. Applications of this field are seen in every arena such as medicine, engineering, biotechnology etc. The studied bloomed in Japan and is now taking its roots all over the developing nations. In this article, we have collectively researched literature which focusses primarily on the processes employed in synthesizing the nanoparticles giving birth to the entire nanostructure. We are also looking into the survey carried based on the applications and the research unexplored.

Techniques Explored in the Synthesis of Nanomaterials

In this process, bottom-up approach is used extensively where the nanomolecules are assembled with components of viral nanoparticles (VNP) and virus-like nanoparticles (VLPs) resulting in the production of nano biomaterials (Table 1). VNPs and the VLPs are nano scaffolds having large surface area which enables the formation of supramolecular structures. The viral protein cage is further subjected modifications which makes it efficient drug delivery systems, therapeutics and catalysts [13].

Nanomaterials in this case are synthesized using metallic selenium alloys. The method is most suitable for the production of quaternary nanostructures. In the first step, a dispersion of selenium powder followed by subjecting to a metal cation. The nanomaterials will start incorporating the metal cation and selenium. The reaction is subjected to different temperatures to maintain stability. The method furthermore, requires selecting an array of concentrations which determines the dimensions of the nanomaterials to be achieved. The chain length of such nanostructures can be increased by the addition of ligands. The reaction terminates with a quenching reaction after the formation of the nanoparticles [14].

This is the most fabricated and a low-cost process. This technique employs templates of anodic aluminum oxide in the porous form thereby allowing the regulation of the structure and dimensions of the desired nanostructure. Al2O3 in the porous form can be prepared by the anodization of aluminum in suitable electrolytes [15-17]. Anodization results in the formation of an Al2O3 substrate which is not yet suited for electrodeposition into the pores as the presence of a non-conductive oxide barrier still exists. For electrodeposition to happen, the barrier pore layer has to be removed. The thickness of the aluminum coating depends on the electric potential which is applied [18]. Large pulse applied results in the detachment of the membrane. Hence regular pulses at short durations are required to establish a uniform coating on to which the suitable nanomaterial can be formed [19]. Nanoscience is also emerging to be a boom in the field of medicine and physiology in the recent times. The new approaches hold innumerable applications in the field of research, diagnoses and therapy. This innovation comes with many challenges primarily being introduction of nanomaterial into the human body as it comes with toxicity issues and cross reactivity [20]. In nanomedicine, targeted drug delivery is a plethora of thinking as it brings in a lot of research. Most studied example would be the potential application of IFN-α nanoparticles as a tool to deliver drugs required to treat cardiovascular diseases. Another striking example would be the designed nano oil droplets used to bring about the encapsulation of the solid nanoparticles targeting the internal pathways thereby enhancing drug delivery process (Figure 1). 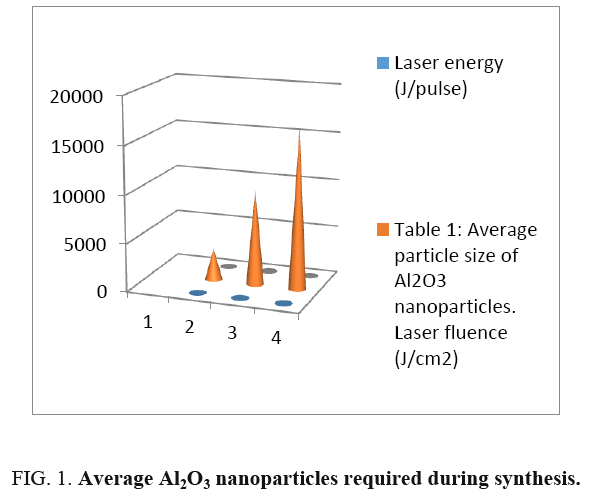 Nucleation of nanoplatelets in hydrothermal synthesis

This process is complicated yet explored in the research arena. The principle involved here is wet chemical synthesis by hydrothermal method. Through this method successful Bi2–xSbxTe3 (x=0-2) nanoplatelets have been synthesized. The nanoplatelets formed can be visualized using X-ray diffraction. A two-stage nucleation is required to slowly require building the nanostructure. The reaction temperature affects the kinetics of crystallization and mechanisms during the actual synthesis of Bi2–xSbxTe3 nanoplatelets [18].

Atomic force microscopy is one of the applications being explored to the highest when the plasma surfaces of the nanostructures are to be studied. AFM is used intensively to study the nanostructures at the sub-nanometer scale to illustrate and investigate the bottlenecks which are present when the structure is fabricated. The application works best when the nanostructure is built on substrates such as polyethylene oxide (PEO), fluorocarbons (CFX) etc. The technique clearly depicts the surface topography and the root mean squares which predict the surface roughness of the fabricated structures. By observing the AFM images of the structures, it becomes possible to bring about a comparative study of the nanofillers which are embedded in a polymeric matrix [19]. Magnetic nanoparticles like PEGylated chitosan are the best drug delivery systems for breast cancer. Docetaxel is used as a model drug immensely to carry out research on tumor regression. Nano substances hold fascinating applications for the detection of pathogens and biomarkers. In this case, the most studied area would be the applications of biosensors for the detection of analytic components within the solutions.

Work produced by Shakur and colleagues, illustrates how dosage depend activation results in accordance with the concentration of the nanoparticles acting as a drug [21]. In DNA nanotechnology, Watson-Crick arranged the molecules into structures in the range of 10 nm to 100 nm. This size of these particles resulted in the formation of free electrons having a sugar phosphate background. This procedure has helped immensely in the urge to create a 3-DNA structure in the DNA itself. DNA nanocrystals are synthesized when they are treated at 90°C to 4°C transition temperature, in the presence of MgCl2. Recently applications of DNA nanotechnology are combined with proteins and cellulose which are crosslinked with streptavidin biotin and used successfully in nanochips. On the whole, nanotechnology is a blessing for science as it just proves as to how small things make a bigger difference.