Synthesis and Characteristic Study of Co(II), Ni(II) and Cu(II) Complexes of New Schiff Base Derived from 4-Amino Antipyrine

The complexes of Co(II), Ni(II) and Cu(II) were prepared from the reaction between the new Schiff base derived from the reaction between Salicylaldehyde, p-amino acetophenone and 4-aminoantipyrineto to give the Schiff base: 4-(1-(4-(2-hydroxybenzylideneamino)phenyl) ethylidene amino)-1,5-dimethyl-2-phenyl-1H-pyrazol-3(2H)-one. The identification of the ligand and its complexes were carried out by the techniques: UV-visible, infrared and 1H-NMR spectroscopies, micro elemental analyses of metal ions and carbon, hydrogen, nitrogen, magnetic susceptibility, molar conductivity. The results of this studies show the coordination sites for the ligand with the metal ion were to be through the oxygen of the hydroxyl group and nitrogen of the azomethine (C=N)group. According to the observations, the octahedral geometric structure for the synthesized complexes were suggested.

The organic compounds which have azomethine group Called Schiff bases and that well known have a biologically activity [1], it is one of the most important ligands which have form a several coordination complexes through association with general elements and specialize with transition metal [2], the first imine compound which prepared by German scientist that called Hugo Schiff from the condensation reaction between aldehyde or ketones with a primary amines [3]. Schiff bases of 4-amino antipyrine and its complexes has a varied application in biological, clinical, pharmacological and analytical areas [4], the coordinated character of 4-amino antipyrine to binding with metal is varied by reaction with aldehydes and ketones. The biological behavior of 4-amino antipyrine has been compared with biological activity of transition metal complexes [5,6].

The aim of this work, is to synthesis and characterization of new Schiff base ligand derived from the reaction between Salicylaldehyde and p-amino acetophenone and treated the resulting product with 4-aminoantipyrine, and then prepared of its complexes with transition Co(II), Ni(II) and Cu(II) and suggested the geometrical structures of Schiff base complexes.

1.35 g of p-amino acetophenone (0.01 mol) was dissolved in 15 ml of absolute ethanol and mixed with a solution of 1.22 g of Salicylaldehyde (0.01 mol) in the equivalent volume and add 3 drops of glacial acetic acid as a catalyst and refluxed the mixture for (1.5 hours), then cooled the resultant solution to room temperature [7]. The resulting yellow solid 1-(4-(2-hydroxybenzylideneamino)phenyl)ethenone (I) was filtered washed and recrystallized in absolute ethanol (Figure. 1). The Yield percent is 81.7% and melting point equal to 104°C to 106°C.

3-Synthesis of Schiff Base Ligand (L): 2.10 g of 20 ml of 1-(4-(2-hydroxybenzylideneamino)phenyl) ethenone (I) (0.0087 mol) was dissolved in 20 ml absolute ethanol and mixed with solution of 1-phenyl-2,3-dimethyl-4-amino pyrazol-5-one (4-amino antipyrine) (1.77 g/0.0087 mol) and added 5 drops of glacial acetic acid as a catalyst. The mixture was refluxed for (6 hours). The resulting solution was cooled to room temperature, filtered and washing the light yellow crystalline solid precipitate with absolute ethanol. The yield was 4-(1-(4-(2-hydroxy benzylidene amino) phenyl) ethylideneamino)-1,5-dimethyl-2-phenyl-1H-pyrazol-3(2H)-one(II) was recrystallized in absolute ethanol (Figure. 2). The Yield percent is 69.7%, and melting point equal to 178°C to 179°C. 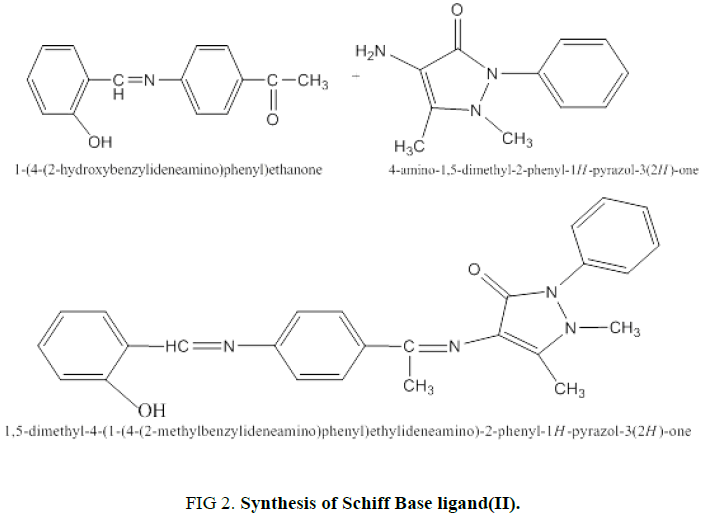 Figure 2: Synthesis of Schiff Base ligand(II).

4-Synthesis of metal complexes: Complexes of the ions Co (II), Ni (II) and Cu (II) were prepared by reaction between the metal salt and the ligand in the molar ratio of 1:2 and refluxed for (1.5 hours), cooled the resultant mixture and allowed to crystallize. and then filtered, the precipitate was washed and recrystalized with ethanol absolute and dried in air (Figure. 3).

C.H.N.S. Analysis and physical properties of the prepared ligand and their complexes

Table 1:The Physical properties and elemental values of the Schiff Base ligand its metal complexes.

There is an identical between the theoretical and experimental data for the C.H.N.S values, that gave an evidence for the formation of the desired ligands and its complexes.

FT-IR spectra: The infrared spectrum of IR for the new ligand with its complexes are shown in Figures. 4-7 and Table 2. The main functional groups frequencies (C=N, C=O, H-C=N) in IR spectrum of ligand undergo a significant shifting in their frequencies positions in the IR spectrum of metal ions complexes, that refer to the coordinated to the metal ions and formation the complexes. The phenolic (O-H) seems at the same position in IR spectrum of ligand and its complexes (3439 cm-1), this due to not bonding to the metal ions in the complexes [10]. The appearance of new absorption bands at 550 cm-1 and 440 cm-1 refer to the coordinated bond between the metal ions and base sites in the ligand, the azomethine (C=N) and (C=O) carbonyl groups to form five member [11,12]. 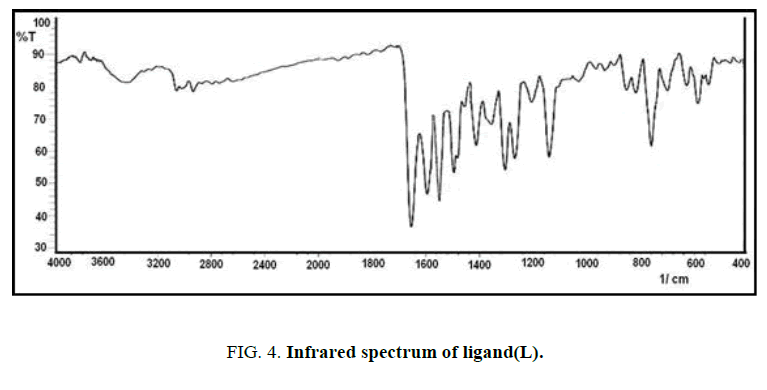 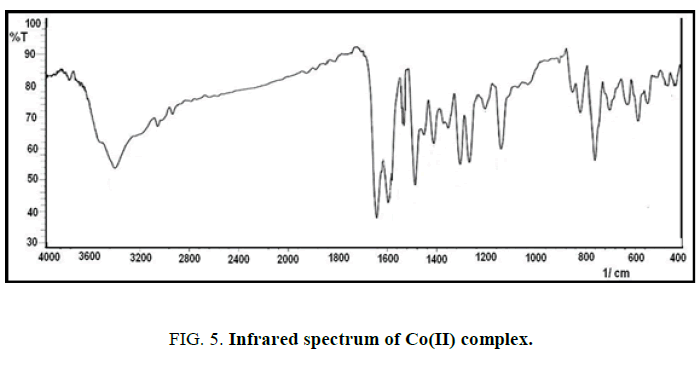 Figure. 8a show there are three band of the UV-visible spectrum of the ligand at 202, 236 and 348 nm due to π→π* and n→π* transition within the ligand [15]. These three band in the metal ions complexes are slightly shifted to blue or red regions (Figure. 8c-8d). The appearance of new bands in the visible region due to d→d transitions [12].

Table 3: Electronic absorption spectral and magnetic moment data for the ligand and their metal complexes. 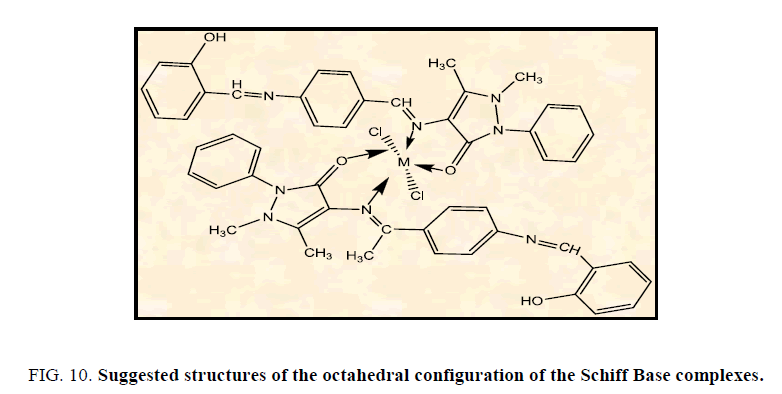 Figure 10: Suggested structures of the octahedral configuration of the Schiff Base complexes.

H-NMR for the ligand

The suggested structures of metal complexes

According to the analytical and Spectroscopic studies of the prepared complexes and magnetic properties we can show the structure of the complexes as in Figure. 10.

2-The ions Co(II), Ni(II) and Cu(II) were coordinated to the Schiff base through the nitrogen of group(C=N) and the oxygen of the carbonyl group of the five-member ring and the Schiff base behaves as a bidentate ligand. 3-from the molar conductivity data suggest that uncharged the coordination sphere, and presence of chloride ion binding with Co(II), Ni(II) and Cu(II) ions inside the coordination sphere. 4-The molar ratio of M:L is 1:2.

Study the thermal behavior of the ligands and their complexes to illustrate how much benefit in the liquid crystal field. Study the biological activity for this compounds because it has active azo-methane group. Employment this ligands in the quantitative determination for study of other metals ions as long as have ability to form a chelate complexes with synthesized ligands.