The solvent effect of ethanol on the alkali catalyzed solvolysis reaction was studied by carring out of the hydrolysis of ester namely ethyl cinnamate in water-methanol media of varying composition consisting of 30 to 70% of methanol (v/v) at different Temperature ranging from 20°c to 70°c. The Specific rate constant values of the reaction were found to depleted with increasing concentration of methanol in reaction media. Enhancement in ïÂÂ G* with simultaneous depletion in ïÂÂ H* and ïÂÂ S* of the reaction, it has been concluded that reaction is enthalpy stimulating and entropy inhibiting and specific salvation take place in water methanol media. From the evaluated value of Iso kinetic temperature, which is less than 300 indicates that this reaction in water-methanol media obey Barclay-Butler rule and there is weak but considerable solvent-solute interaction taking place in reaction media.

Study of solvent effect of protic and aprotic solvent on the reaction such as hydrolysis of ester and amide have been carried out by numbers of workers but explanation put forward are not quite satisfactory particularly solvolysis of ethyl cinnamate which is important for medicinal use as well as flavoring agent in cut tobacco [1-3]. There for kinetic study of the solvent effect on the base catalyzed hydrolysis ethyl cinnamate in water-methanol media of various compositions are needed to investigate which has not studies so far.

The hydrolysis of ethyl cinnamate has been carried out volumetric in water-methanol having different concentration of solvent (methanol) varying from 30% to 70% (v/v) at five different temperatures ranging from 20°C to 40°C. The reaction was found to follow second order kinetics equation and evaluated value of specific rate constant has tabulated in Table 1 the evaluated thermodynamic activation parameter has been enlisted in Table 2.

Solvent effect on rate of reaction

Table 2: Thermodynamics activation parameters of the reaction in water-acetone media ΔH* and ΔG* in KJ/Mole, ΔS* in J/K/Mole.

To explain the effect of solvent on these activation parameters, the value of these parameters was plotted against mole% at 30°C of methanol which is shown in Figure 1, Figure 2 and Figure 3. 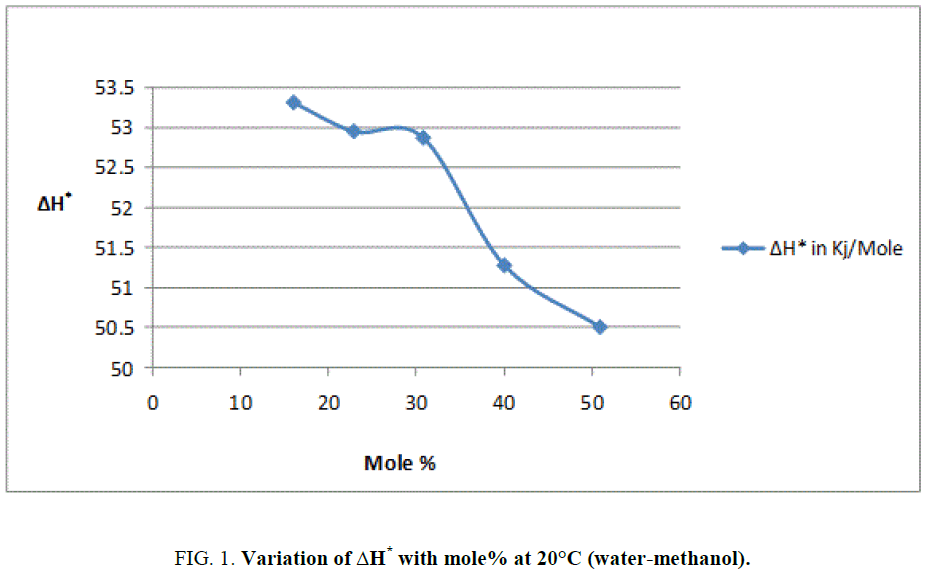 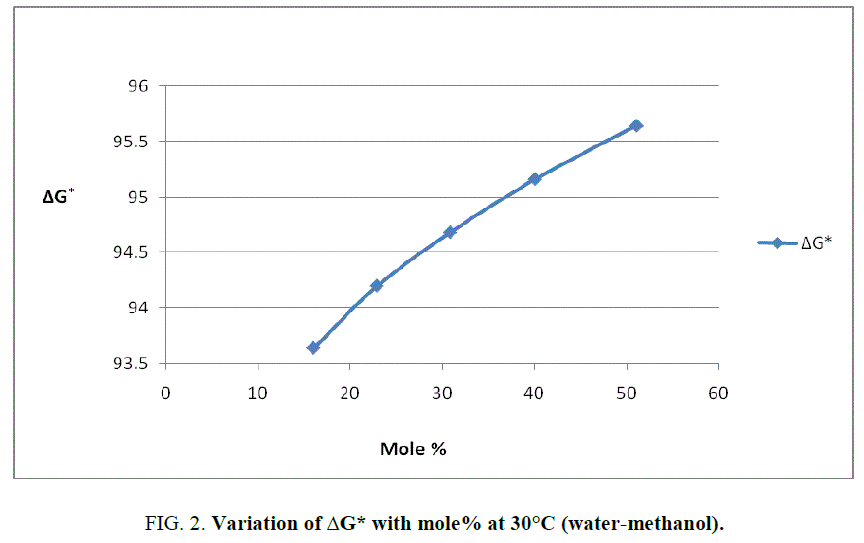 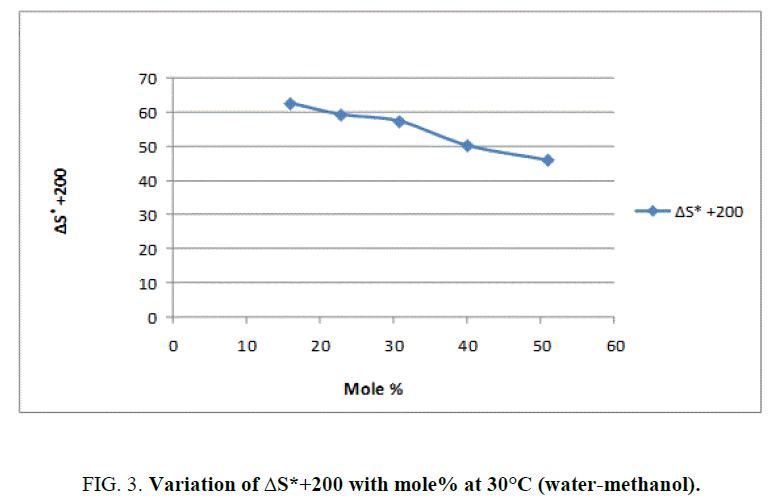 From Figure 2 and the value s of ΔG* recorded in Table 2, obviously indicate that the variation in ΔG* is small and it increases from 94.98 KJ/Mole to 97.19 KJ/Mole at 30°C with change of proportion of methanol from 30% to 70% (v/v). The small but considerable increase in ΔG* and nonlinear variation in ΔH* and ΔS* curves with the increasing mole% as shown in Figure 1 and Figure 3 are indication of specific salvation taking place in process of activation as already proposed by Tommila [7], Elsemogy [8], Singh [9], Barclay and Butler [10] have also observe the similar increase in ΔG* values. Increase in ΔG* with simultaneous decrease in ΔH* and ΔS* values are only possible when extent (degree) of depletion in ΔS* value is greater than ΔH* values and from this, it may be inferred that alkali catalyzed hydrolysis of ethyl cinnamate in water-methanol media act as Entropy inhibitor and Enthalpy stimulator solvent. Such inference has also recently been supported by recent view of Leffler [11].

Barclay and Butler relationship between enthalpy and entropy of activation, which is as follows [12]:

This reaction is found to follow the above Barclay and Butler relation where β represent iso kinetic temperature. It is also known as Leffler-Grunwald solvent stabilizer operator. From the value of slope of plot (Figure 3), the value of iso kinetic temperature was evaluated which come to less than 300 (200 aprox) (Figure 4). It shows that change in structure of reactant or solvent is due to weak interaction between solvent and solute in similar way as reported by Leffler [12] and recently supported by Singh [13]. 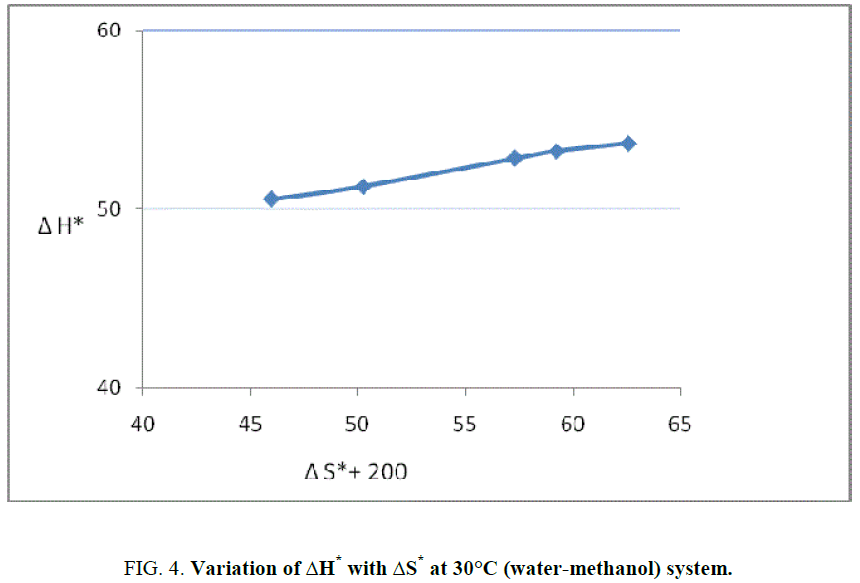 In this research work, namely hydrolysis of cinnamate ester the specific rate constant show decreasing trend at all specify temperature indicate that transition state is more desolveted than initial state. The increase in the value of and ΔG* with simultaneous decrease in ΔH* and ΔS* for the hydrolysis ethyl cinnamate in water-methanol is enthalpy dominating and enthalpy control. The values of Iso-kinetic which is less than 300, clearly indicates that there is no appreciable interaction between solvent and solute present in the reaction media, i.e., reaction is not ion-dipole but ion-molecule type.

My special gratitude to my supervisor Prof. R T Singh Veer Kunwar Singh (VKS) university ARA, Bihar, India for his proper guidance and thanks to my friend Dr. Ajit, Dr. Parag and Mr. LK Tiwari for his cooperation during preparation of this content. 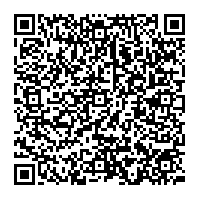