Water pollution is one of the major problem worldwide and most important causes of deaths and diseases. The textile industry has been condemned to be the world’s vilest water polluters. The waste water from textile industry is extremely charged with unconsumed dyes and traces of metals. These discharges cause a major destruction to the environment. So everywhere researchers are looking for proper managements in order to get rid of these pollutants and to achieve degradation of dye house effluents [1-3].

The presence of even very little concentrations of dyes in effluent is very much visible and disagreeable [4]. There are over one lakh commercially accessible dyes with over 7 × 105 ton of dye-stuffs produced annually [5]. Since dyes have complex structure it is difficult to decolourise or degrade the dyes. There are different varieties of dyes such as, basic, acidic, vat, disperse, diazo, azo, anthroquinone based and metal complex dyes. In specific, the liberation of dye-containing emissions into the water location is disagreeable, not only because of their tint, but also for the reason that many of dyes released and their breakdown products are noxious to life forms mainly because of carcinogens, such as naphthalene, benzidine and other aromatic compounds [6]. Without ample management these dyes can persist in the location for a prolonged time. For instance, the half-life of hydrolyzed Reactive Blue 19 at pH 7 and at a temperature 25°C is found to be 46 years [7].

To lessen the perilous effects of dye waste water, many methods such as microbial degradation, coagulation, incineration, adsorption on activated carbon, bio-sorption, sedimentation and filtration etc., have been devoted [8-10]. On the other hand, these procedures are non-destructive because they simply transport the non-biodegradable substance into slush and provide a new-fangled type of contamination, which requests additional treatment [11-13].

As a result, the hunt for effectual means of removing these compounds has induced many researchers to tackle the ever-growing challenges in renewable clean energy and environment where the activity of catalysts can be maintained or improved and thereby the chance of secondary pollution may be restricted. Mainly, semiconducting metal oxides which act as activators in photocatalysis are capable of extending their efficacy without significant loss in activity. The wide spread use of semiconductor metal oxides increases the opportunity due to their exceptional properties such as superconductivity, high temperature stability, ferromagnetism, ferroelectricity, semi conductivity, piezoelectricity and catalytic activity [14]. Remarkable examples such as SnO2, TiO2, ZnO, SrTiO3, ZrO2, CdS, Fe2O3, MOS2, WO3 and WS2 have been accepted as active photocatalysts for the degradation of a number of organic contaminants, synthetic dyes etc. Currently photocatalytic degradation is one of the most vital scenarios in pollution control [15-18]. The challenge of photocatalytic degradation is to produce an efficient semiconductor catalyst. In particular, copper oxide (CuO), a chief p-type transition metal oxide semiconductor having a narrow band gap (Eg=1.2 eV) and an exceptional band structure has received a good deal of attention due to its diverse applications in different fields of solar energy cells [19,20], gas sensing [21,22], electronics [23-25], bio-sensing [26], heterogeneous organic catalysis, super conductors and so on. In the present work photocatalytic degradation of a vat dye (Vat Red 13) was carried out by a green synthesized copper oxide nanocatalyst by varying parameters like catalyst dose, dye concentration, pH and irradiation time. The degradation was confirmed by UV-Visible and FTIR spectral studies.

The chemicals used were of analytical reagent grade and used as received without further purification. Copper sulphate and NaOH were purchased from Merck, India. Vat Red 13 dye (Molecular Formula: C32H22N4O2, Molecular Weight: 494.54 g) was purchased from Chemical company in India, and distilled water was used all over the entire experiment. The chemical structure of Vat Red 13 is given in FIG. 1. The photocatalytic degradation studies have been carried out in a laminar air flow system. A low-pressure mercury vapour lamp has been used as source of UV irradiation. The lamp emits 8 W of UV radiation with a peak wavelength of 254 nm.

The experimental procedure constitutes of irradiation of dye solution of different concentration (10 ppm to 50 ppm) mixed with different quantity of catalyst powder (1 mg to 5 mg) at a constant volume of 100 ml. Adsorption equilibrium between the dye molecules and the catalyst surface was established by stirring the mixture for about 20 min in dark. An UV light source of 8 W was used to irradiate the solution. 3 mL samples have been withdrawn at a time interval of 10 min. It was then centrifuged, and absorbance measured at 540 nm and returned to the reactor. The studies were carried out at a temperature of 30°C.

The decolourization efficiency (%) was calculated as follows

The photodegradability of dye has been found out by exposing the dye solution to UV light with and without copper oxide nano-catalyst. A sequence of experiments was performed to study the influences of nanocatalyst dose, dye concentration, irradiation time, and pH on the photocatalytic degradation under irradiation of UV light. The dye degradation was confirmed by UV-Visible and FTIR studies of the dye solution, control solution and copper oxide nanocatalyst treated dye solution. 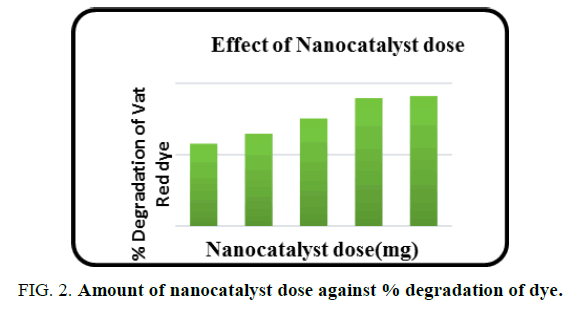 Figure 2: Amount of nanocatalyst dose against % degradation of dye.

Figure 3: Amount of nanocatalyst dose against % degradation of dye.

Irradiation time was evaluated as one of the most important factors affecting degradation efficiency. Absorbance measured at 10 min interval of time and % degradation calculated. A plot of irradiation time against dye degradation is given in FIG. 4. It was seen that 90% degradation occurred at 60 min and after that no predominant change. Hence an optimum time of 60 min was selected for further studies. Figure 4: Amount of nanocatalyst dose against % degradation of dye. 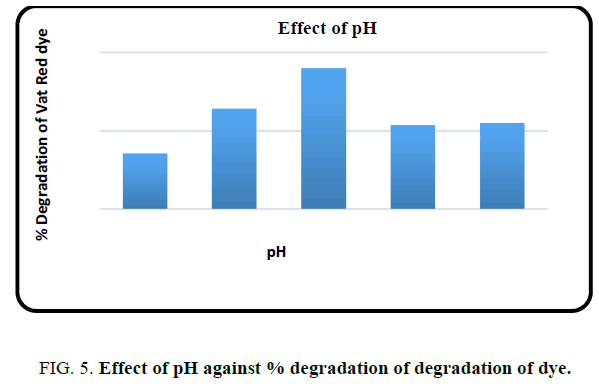 Figure 5: Amount of nanocatalyst dose against % degradation of dye.

Figure 6: Amount of nanocatalyst dose against % degradation of dye.

The transfiguration of the Vat Red 13 dye molecular structures by photocatalytic degradation was found by measurement of the FTIR spectra. FIG. 7 shows the FTIR spectra of the dye solution whereas FIG. 8 gives the FTIR spectra of the dye solution after photocatalytic degradation. The results in FIG. 8 exposed that the ring structures were certainly degraded which was confirmed by disappearance of peaks at the wavenumber between 540 cm-1 and 420 cm-1, which denote aromatic rings, after photocatalytic degradation. In meticulous, the connecting bond between anthraquinone rings was broken which was shown by disappearance of the peak ranging from 1335 to 1380 cm-1. Apart from the demolition of the aromatic structures, the functional groups attached to them were also transformed.