In his famous treatise Principia, Isaac Newton claimed that the solar system needed divine intervention to remain stable. In this short note, we do not try to decide whether Newton was right or wrong, but we discuss whether such interventions can be modeled using mathematics.

The solar system contains several planets and already Newton realized that his equations could not be used for long-time prediction. He invoked the help of God.

It is an unfortunate quirk of history that a mathematician, Laplace, claimed (1787) to have proved that the solar system is stable thus claiming that Newton was wrong and God was not needed in Science.

However, although the proof of Laplace was wrong, his claim that God was not needed remains accepted. The basic working hypothesis in this note is that God does indeed interfere in the motion of the planets. We do not try to prove this working hypothesis. We just use it as a basis for our work.

We discuss first a simple example: Suppose that a team of scientists wants to send a spaceship to some distant planet. How do they reach this goal? Using powerful computers, they can calculate the path of the spaceship. Their calculations will be very accurate for say the next 100 days for the sake of argument. Then, at some point they discover that the rocket 100 days later will be off course. What can they do? They can start the engine and give the ship a small boost using part of their limited fuel supply. With this little boost a straying off course 100 days later can be avoided.

A more precise working hypothesis that we will use states that God influences the solar system in a similar way. He can see into the future and make small corrections to avoid a big straying off course later. We repeat that this is just a working hypothesis and we do not try to prove its correctness. But it raises the question how big are the corrections that God can make and what is the nature of the force used. For example, if an asteroid far away is heading for the Earth, one might ask how long can God wait until he interferes in the path of the asteroid to avoid collision. Does God use a perturbation of the gravitational force?

We do not address these questions here. Our main result concerns what is needed by the system so that early small changes can be used to prevent deviations later. The conclusion is that the system has to rather special. The system must be what in mathematics is called hyperbolic.

This result is shown for a very simple system. The equations of the solar system itself are too complicated.

This note gives a brief exposition of the work in research papers [1-3].

Motion of the planets have been investigated from a phenomenological point of view. The idea was to investigate the case of a massless Moon in a solar system with one planet. One imagines a plane attached to the planet through which the Moon crosses after each turn.

The point where the Moon crosses varies in a typically erratic fashion. This plane is called a Poincare section. The actual points where the Moon crosses cannot be calculated. So the idea was to investigate simple functions f on the plane so that the sequence x (n), f (x (n))=x (n+1), describes the sequence of points where the Moon hits the plane. So, if it hits at x (n), it will hit next at x (n+1). The hope is to say something qualitatively correct about the motion of the Moon by studying such explicit f. An important such f was introduced by Henon [4] and they are now called Henon maps.

And one might use other maps, also higher dimensional ones, which allow more complicated behaviour as well. In fact, we will study complex Henon maps. These are maps in two complex dimensions which correspond to four real dimensions. For such maps one can use the powerful theory of complex numbers [5].

The key motion in our discussion is that of sustainability. We give an informal description which explains the main idea. A system is called sustainable if it can withstand perturbations as long as they are discovered in time for corrective action. The precise technical definition is found in the papers [1-3].

We also need the concept of hyperbolicity. A map is said to be hyperbolic if it expands in some direction and contracts in some other direction. The basic examples are the functions g (x)=2x and h (y)=.5 y. The first function doubles the value and the second contracts the value by a factor of 2.

You can combine these two as f (x, y)=(2x, .5y). This expands in the x-direction and contracts in the y-direction. One can find the precise technical definition in [5].

The second part is to show that if the Henon map is sustainable, then it is also hyperbolic. This uses strongly the theory of these maps as developed in [5]. One starts with just one-point p in space. Suppose that this point is not moved by f. So, f (p)=p and p are called a fixed point. One sees that if f is sustainable, then such a point must be hyperbolic. The idea is the following: Suppose that f (x, y)=(x, y). Then one cannot correct a future big error by a small correction now. So, this is what forces hyperbolicity. Then this idea is used to handle more complicated points and finally all points. This is very technical. 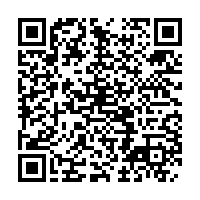