Different extracts were prepared from leaves of Teucrium ramosissimum and have been the subject of a preliminary chemical study. This study allowed the identification of these extracts in various secondary metabolites, flavonoids, coumarins, tannins and steroids. The essential oil prepared from the leaves of T. ramosissimum was analyzed by GC and GC/MS. This analysis revealed the presence of monoterpene hydrocarbons, oxygenated monoterpenes and sesquiterpenes. All tested extracts exhibited high biological activities. In addition, our results underline the potential of T. ramosissimum to avoid mutation, genotoxicity and also its antioxidant, Anti-inflammatory, antiulcerogenic and antiproliferative effect.

The plant kingdom is a reservoir of new substances with very different therapeutic properties. Thousands of plants are analyzed and tested to prove their effectiveness in the treatment of diseases. In Tunisian traditional medicine, the use of Teucrium differs according to the species and according to the region of the country. Based on information gathered from traditional healers, herbalists and inhabitants from rural regions, T. ramosissimum is frequently used in such diverse applications as the treatment of gastric ulcer, intestinal inflammation and particularly as cicatrisant in external use [1-3].

The plant of T. ramosissimum belongs to the Lamiaceae family, of the genus Teucrium is known as "Hchichet Belgacem" or "Hchichet Ben Salem" in the region of Gafsa in the southwest of Tunisia. Despite the fact that it is part of a well-exploited family, few studies have been conducted on this species. The species of T. ramosissimum exists as a small sub-shrub, bushy, of silver gray, 8 cm-15 cm tall. The stems are slender, erect and small. While, the leaves are white, with rounded limb with 7 deep crenellations. The inflorescence is pauciflor; the white calyx is 4 mm long, with long acute and sub-natural teeth [4]. This plant is distributed in North Africa. In Tunisia, T. ramosissimum is present in Southern Tunisia and more precisely in Djebel Bou Hedma, Sened, Gafsa, El Aichicha, Sakket, Bled Talha [4].

The importance of the genus Teucrium dates back to ancient times, since they have been used in traditional medicine since ancient Greek times for the treatment of cough and asthma. Most of them are bitter and astringent herbs used as an antispasmodic agent [5], anti-inflammatory drugs [6,7], antimicrobial [8,9] anti-tumoral and cytotoxic [7,10], hypoglycaemic [11,12]. T. ramosissimum was used especially as antispasmodic by the native inhabitants of the Gafsa region [13], but also for the treatment of stomach ulcers, intestinal inflammations and healing [2,3].

In order to obtain an overall idea of their composition in secondary metabolites, a preliminary chemical study was carried out on the various extracts prepared from the leaves of T. ramosissimum [14,15]. The chemical study shows that alkaloids and anthraquinones are absent in all these extracts. The presence of tannins in the methanol, ethyl acetate and aqueous extract is noted. The presence of steroids in decreasing amounts in the petroleum ether, chloroform and ethyl acetate extract was also noted. This study also allowed us to show that flavonoids are present extensively in all extracts, except petroleum ether extract.

The phytochemical composition of the essential oil of T. ramosissimum (aerial parts), harvested in a mountainous region of Tunisia, was analyzed. A total of 68 compounds, accounting for 99.44% of the essential oil, were identified by GC and GC/MS. The major compounds were b-eudesmol (61; 44.52%), caryophyllene oxide (56; 9.35%), a-thujene (1; 5.51%), sabinene (4; 4.71%) and Tcadinol (59; 3.9 %) [1]. Fractionation of the chloroformic extracts from T. ramosissimum leaves resulted in the isolation of three flavonoids: genkwanin (1), cirsimaritin (2) and 4, 7-dimethoxy apigenin (3) and one sesquiterpene: β-eudesmol (4). The structures were determined using data obtained from 1H and 13C NMR spectra, as well as by various correlation experiments (COSY, HMQC and HMBC) [16].

Nowadays, many antibiotics are known, but their overconsumption leads to resistance of bacteria to some of these antibiotics and sometimes even multi-resistance, to the point of rendering incurable diseases previously treated with antibiotics successful again. The most likely mechanism of this resistance is undoubtedly that the antibiotic used creates a selection pressure, which promotes natural mutations, which give the bacterium resistance to the antibiotic in question. For this reason, several studies are carried out to solve the problem of resistance to antibiotics by using natural compounds derived from plants [1,17,18]. Hence the interest to look for molecules of plant origin, especially essential oils which are used as antibiotics or other chemical preparations having strong antimicrobial actions. Generally, Gram-positive bacteria are more susceptible to essential oils, compared to Gram-negative ones. We found that the multi-resistant Gram-negative strains tested exhibit a notable susceptibility to the examined extract. In the five different strains tested, various levels of activity were found, with minimal-inhibitory-concentration (MIC) values in the range 0.24 mg/ml-0.36 mg/ml and minimal-bactericidal-concentration (MBC) values of 1.3 mg/ml-2.9 mg/ml. The highest activities were recorded against Escherichia coli, Salmonella enteritidis and Salmonella typhimurium. In contrast, Staphylococcus aureus and Enterococcus faecalis were found to be less sensitive. Compared to ampicillin used as positive control, the tested essential oil was generally one to two orders of magnitude less active [1].

In order to protect against the risks of mutagenic and genotoxic agents, several studies are interested in the search for natural substances with the ability to inhibit or reduce the mutagenic effect of these agents. The antimutagenic and antigenotoxic activity of the various extracts obtained from the dry leaves of T. ramosissimum using two tests using two bacterial strains: the Salmonella thyphimurium strain for the Ames test and the Escherichia coli strain for the SOS chromo test were realized. This study made it possible to demonstrate an absence of genotoxic activity for all the extracts both in the presence and absence of metabolism [14-19]. In addition, the two mutagenicity tests showed that the chloroform extract possesses the most important antimutagenic activity against the reference mutagen aflatoxin B1 in the presence of the TA100 strain. On the other hand, the aqueous and the TOF extract increase the benzo [a] pyrene-induced mutagenicity after incubation with the strain TA98 [15]. In order to elucidate the potential mechanisms of the antimutagenic effect, studies have been carried out to investigate the presence or absence of antioxidant and antiradical effect of the extracts with respect to the DPPH•, ABTS+• et O2•- radicals using the non-enzymatic NBT/riboflavin system and the xanthine/xanthine oxidase enzyme system. These studies showed that all the extracts showed more or less important activities depending on the type of reaction and the radical tested. Indeed, the petroleum ether extract shows a pro-oxidant effect of the superoxide anion using the non-enzymatic system NBT/riboflavin [14,15].

The antioxidant activities of the isolated flavonoids from T. ramosissimum leaves were evaluated by measuring their ability to scavenge the radical ABTS+• and through chemical assays: cupric reducing antioxidant capacity (CUPRAC), reducing power (RP) and ferric reducing antioxidant power (FRAP). Furthermore, the effects of T. ramosissimum isolated molecules, on inhibition of cell proliferation and induction of apoptosis in human leukemia cells, were also examined. Cirsimaritin showed the best activity in the ABTS assay with TEAC value 2.04 μM, whereas apigenin and 4’, 7-dimethoxy apigenin exhibited the highest antioxidant activity using the CUPRAC, RP and FRAP assays with TEAC values 10.5 μM, 1.39 μM and 0.71 μM respectively. The cytotoxic activity revealed that the β-eudesmol inhibited significantly the proliferation of K562 cells (IC50=20 μg/ml) [15].

The anti-inflammatory and antiulcerogenic activities of sesquiterpene (β-eudesmol), chloroform, ethyl acetate, methanolic, aqueous and total oligomer flavonoid [TOF]-enriched leaf extracts from T. ramosissimum were assayed. Macrophage phagocytic activity and lymphocyte proliferation in the absence and presence of mitogens (lipopolysaccharide [LPS] or lectin) were investigated. Depending on the concentrations, the extracts affect macrophage functions by modulating their lysosomal enzyme activity and nitric oxide (NO) release. For lymphocyte proliferation assay, tested extracts enhance significantly cell proliferation either with or without mitogen stimulation. These results suggest that leaf extracts from T. ramosissimum contain potent components such as flavonoids that may be potentially useful for modulating immune cell functions in physiological and pathological conditions. Antiulcerogenic activity was examined on rat ethanol-induced ulcerogenic model. Compared with control (cimetidine), leaf extracts from T. ramosissimum exert different protective effects against ethanol-induced ulcerogenesis [2,3]. In addition, the double anti-ulcer and anti-inflammatory properties of the extracts obtained from the aerial part of the T. ramosissimum is an additional asset for the treatment of peptic ulcer disease and inflammation.

T. ramosissimum extracts possess potent biological and pharmacological activities, which could be derived from compounds such as flavonoids and polyphenols. However, further investigation of its activity, in vivo, is necessary to elaborate and exploit this promise. 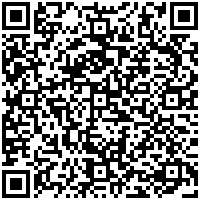