Based on the singularity theory, the double Hopf bifurcation problem of a rectangular thin plate with four edges simply supported under the combined actions of the parametric excitation and the external excitation are investigated in the case of the principal parametric resonance and internal resonance. Considering weak damping and weak excitation, the bifurcation equation of the thin plate system is obtained, and the bifurcation diagrams of the thin plate system are given on the parameter plane. Then, the stationary solutions and its stability for the rectangular thin plate are analyzed.

Thin plates were widely used in aerospace and other engineering fields. In recent years, much progress has been made on nonlinear vibration and bifurcation problems on the dynamics of thin plates. Hadian and Nayfeh [18] used the method of multiple scales to study the nonlinear responses of the clamped circular plate under harmonic excitation with internal resonance. Yang and Sethna [19] investigated the local bifurcation and global bifurcation of the square thin plate with parametric excitation by using the average method and shown the system can take the chaotic motion in the sense of the Smale Horseshoe.

The global bifurcation and chaotic dynamics of a rectangular thin plate with four edges simply supported under the combined actions of parametric excitation and external excitation were studied by Zhang et al. [20,21]. Awrejcewicz and Krysko [22] analyzed the periodic, almost periodic and chaotic motions of a thin plate under longitudinal and time varying loads. Awrejcewicz and Krysko [23] used Bubnov-Galerkin method to study the nonlinear dynamic responses of the flexible thin plate system. With the aid of energy phase method, Yao and Zhang [24] studied the multi-pulse chaotic dynamics of a thin plate under the combined actions of the parametric excitation and external excitation. Zhang et al. [25] considered the multipulse chaotic dynamic responses of a Shilnikov type of non-autonomous buckling thin plate under parametric excitation using high dimensional Mlenikov method. The nonlinear vibration responses of a simple supported circular plate were studied by Akour and Nayfeh [26]. Zhou and Zhang [27] investigated the double Hopf bifurcation of a piezoelectric composite laminates with the combined external excitation and internal excitation by using the method of multiple scales and singularity theory, then, the bifurcation diagram and the different steady state solutions of the average equations were analyzed for the nonlinear system.

This paper aims at studying the double Hopf bifurcation of a rectangular thin plate with four edges simply supported under the combined actions of parametric excitation and external excitation. We first using the method of multiple scales transform a two degree of freedom nonlinear system into autonomous equation. Two different coordinates of averaged equation of the thin plate are analyzed. The existences of periodic and almost periodic motions of the nonlinear system in a certain condition are given by the numerical simulation, and the classification of bifurcation solutions of the nonlinear system are analyzed in different regions of the parameter space.

We consider a rectangular thin plate under simply supported on four edges, its length is a and b , and the thickness is h . The thin plate subjected to transverse excitation and internal excitations. A Cartesian coordinate system is shown in Figure 1. 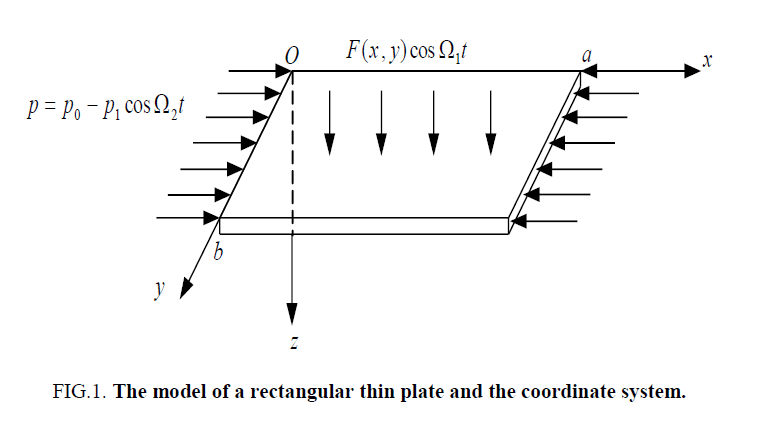 Figure 1: The model of a rectangular thin plate and the coordinate system.

According to Chia [28], using the Hamiltons principle and Reddy order shear deformation theory, we got the two degree of freedom nonlinear dynamic equation which can be written as follows,

Consider the primary parametric resonance, i.e., internal resonance of the thin plate; we have the following resonance relationship:

Where, σ1 and σ2 are two detuning parameters.

For convenience of analysis, let Ω=3. Using the method of multiple scales [1], we obtain the average equation of the thin plate in the plural form,

The average equation in the Cartesian form will be expressed as,

Put the equation (6) into equation (4), the average equation of the thin plate in the Polar form is obtained as follows:

Next, we will consider the various stationary solutions of equation (8) and its changing situation with the variable parameters

In order to facilitate the analysis, take

in equations (8a) and (8b), respectively, then the equation (8) can be expressed as:

After simplification, the bifurcation response equation of the thin plate is obtained as follows:

Take the equation (11) into equation (10), we get the following several different stationary solutions for the bifurcation equation (10). The specific circumstances are as follows.

(1) Since the following condition is satisfied, namely,

Three solutions will exist for equation (10), which can be written as:

then, there are two solutions for equation (10),

If the following condition is also satisfied,

The equation (10) will have one solution, namely,

There are three solutions for equation (10), which can be written as:

then, there will have the following two solutions for equation (10),

There will be three situations about the solutions for equation (10), namely,

the equation (10) will have one solution

The equation (10) will have two solutions:

The equation (10) then will have three solutions

The corresponding characteristic equation is

And the Eigen values are,

The Jacobi matrix of equation (2) on the non-zero solution point can be written as:

The corresponding characteristic equation is,

In order to conveniently express, the characteristic equation (37) can be expressed as:

And the Eigen values of equation (5) are,

All the coefficients in equations (38) and (39) are shown in Appendix.

Based on the aforementioned analysis, the stability conditions for the non-zero solutions are:

Based on the theory of bifurcation, the parameter plane

is divided into several different regions by the stability critical curves for the steady solutions. These critical curves give the local bifurcation set for the nonlinear system (2), as shown in Figure 2.

In this section, we use MAPLE to study the nonlinear vibration response of the simply supported rectangular thin plate under the combined effects of transverse excitation and in-plane excitation with the primary parametric resonance and 1:3 internal resonance.

According to the aforementioned analysis, we choose that the parameters and the initial values of equation (2) are

as shown in Figure 2.

(4) When crossing the curve L1 from area B1 into area C1, on the arc L1, one eigenvalue of equation (2) becomes to zero, then the stability of the singularity points for the nonlinear system sensitively depend on the varying parameters in equation (10). In the region C1, the singular point is a saddle point, so the zero solution is unstable, and the system will produce Pitchfork bifurcation, that is, two non-zero solutions will bifurcate from the zero solution, as shown in equation (16).

(6) In the region D, the solution for equation (27) is a saddle point, so this solution is unstable.

Figures 3-8 represent the different forms of nonlinear vibration characteristics of the rectangular thin plate, respectively. In the following figures, diagrams (a) and (b) represent the two-dimensional phase diagrams on the plane

respectively. Graphs (c) and (d) are the waveform diagrams on the planes

respectively. Diagrams (e) and (f) are the three-dimensional phase diagrams in the spaces

Select the damping coefficient and tuning parameters of the piezoelectric composite laminates are μ = 0.21 and σ1= 0.17 as in area A1 in Figure 2. We obtain the nonlinear vibration near the equilibrium solutions of the rectangular thin plate, as shown in Figure 3. From the phase Figure 3(a) and Figure 3(b), we know that the solutions of the system tend to zero solution. Then, it is asymptotically stable. Figure 3: The motion of thin plate near the initial equilibrium point. Figure 4: The motion of thin plate near the points

When the damping coefficient and tuning parameters of composite laminated piezoelectric plate are μ = 0.30 and σ1= -0.68, and μ = 0.30, σ1= -1.92 as in area B1 and E in Figure 2, respectively. The equilibrium solution of the rectangular thin plate will generate Hopf bifurcation. The nonlinear vibration of the rectangular thin plate is periodic motion, as shown in Figure 6 and Figure 7. 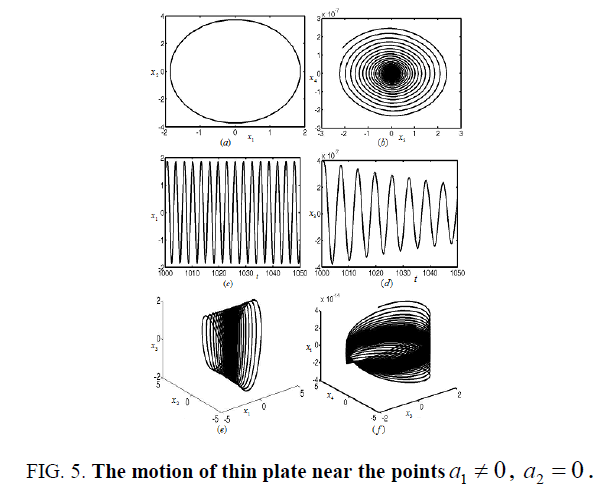 Figure 5: The motion of thin plate near the points Let μ = 0.67 and σ1= 0.4 as in area B2 in Figure 2, we obtain the 1:3 resonant double Hopf bifurcation. Subsequently, the nonlinear response of the rectangular thin plate is almost periodic vibration, as shown in Figure 8. Based on the singular theory for high dimensional nonlinear system, the double Hopf bifurcations of the rectangular thin plate are studied in the primary parametric resonance, i.e., 1:3 internal resonance.

The authors gratefully acknowledge the support of National Natural Science Foundation of China (NNSFC) through grant Nos. 11402127, 11290152 and 11402126, the Funding Project for Academic Human Resources Development in Institutions of Higher Learning under the Jurisdiction of Beijing (PHRIHLB).