Could there have been a planet with the mass of Earth between Jupiter and Saturn?

We expand on this research by putting an Earth-mass planet in the zone between Jupiter and Saturn. This research was inspired by earlier studies of asteroids located between Jupiter and Saturn, where long-term stable orbits with tiny eccentricities and low inclinations have been observed. We worked on numerical integrations of the motion equations for the outer solar system, which includes Jupiter, Saturn, Uranus, Neptune, and one more planet with an Earth-mass. For up to 500 Myr, this 6-body system has been combined with the Lie technique. Based on the findings of earlier research by our team, the default initial stable zone for the Earth-mass planet has been estimated to be between 7.04 au and 7.31 au. Assuming differing mean anomalies, we searched each area independently for 360 Earthmass planets and looked at the corresponding Escape Times (ETs). The overall image reveals that between 7.12 au and 7.28 au, the orbits are the most stable. Additionally, although lesser values are obtained for the median due to outliers, the mean of the ETs for all 360 mean anomalies between 7.24 au and 7.12 au steadily falls from ET=11 Myr to 0.9 Myr. We concentrated on three areas (7.23 au, 7.24 au, and 7.25 au) in terms of their ETs to test the stability of the Earth-mass planet based on its initial inclination, assuming I=1, 3, and 5; however, no discernible variations were identified. Therefore, even though it would have been a brief occurrence, the potential of an Earth-mass planet being located between Jupiter and Saturn in the early history of the Solar System is very remarkable

A key area of modern astronomy continues to research on the Solar System, particularly issues of planetary orbital stability. Our Solar System's overall structure is already well-known; textbooks note that it includes the Sun, eight planets, a large number of smaller objects, and a (semi-)smooth transition to tiny particles and trash. Some unanswered concerns, however, still surround the genesis of the Earth's moon, the potential presence of Planet Nine, and the long-term stability of the Solar System, including the probability of chaos. In addition, Dvorak & Kubala recently investigated the lifespan of asteroid-like Hilda objects orbiting between Jupiter and Saturn. The unconventional composition of many exosolar planetary systems, which include surprising sequences of planets including Earth-type planets, super-Earths, mini-Neptunes, and Jovian planets, is another inspiration for our study. 55 Cancri, TRAPPIST-1, Kepler-11, HD 10180, and HD 82934 are a few examples. Furthermore, there is a substantial corpus of research on planetary migration and planet-planet dispersion in real and imagined systems. In a dynamical model that includes the Sun, Jupiter, Saturn, Uranus, and Neptune, we integrate the orbit of hypothetical Earth-Mass Planets (EMPs) between Jupiter and Saturn (i.e., from aini =7.04 au to 7.31 au for 28 different initial semi-major axes), for 360 different initial Mean anomalies (M), and a fixed initial inclination I=3). This area is where the so-called Trans-Hilda Asteroids (THAs), which are massless2 asteroids with modest beginning eccentricities and moderate inclinations, are located, according to previous research. The stability of their orbits extends up to tenths of a million years. We trace the individual orbits of the EMPs up to the point of departure from the area between Jupiter and Saturn in the current analysis, which is once again based on the Lie integrator. The period of integration has in certain cases been increased by up to 0.5 Gyr, or one-tenth the age of the Solar System. This study's goal is to locate and describe zones of Limited Stability (LSR) 3, including their size and scope. As a result, we calculate the Escape Times (ETs) for various model types. Be aware that the selection of the starting conditions (ICs) regarding the semi-major axes, the integration method used, and the specifics of the numerical scheme all have a significant impact on our results.

We expanded this sort of research to huge things like to Earth, showing that hypothetical massless worlds may maintain stable orbits in the area between Jupiter and Saturn for up to many tenths of Myr. Thousands of orbits were incorporated in the current analysis. The semi-major axes were selected in the range of 7.04 au to 7.31 au, which also falls within the area of greatest stability. In general, the behaviour of stability is such that the EMPs escape on relatively short timescales, i.e., after a few tenths of thousands of years, between aini = 7.04 au and 7.11 au. The ET grows noticeably from aini = 7.12 au to maximum values between 7.17 au and 7.25 au; the absolute maximum is discovered at 7.24 au with the ET given as 0.27 Gyr. Based on a period covering approximately one-tenth of the history of the Solar System, there is a primary probability for EMPs to occur in such domains since the mean ET values for the "mountain" areas are substantially higher than outside. So it would have been possible for such a planet to exist in the early Solar System, either by in situ creation or through migration or scattering, albeit it is outside the scope of this paper to investigate those possibilities. 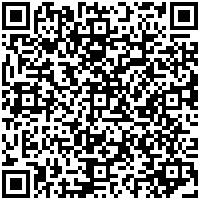