Seven new organyltellurium(IV) complexes with monobasic ON bidentate Schiff base ligand have been synthesized. The Schiff base ligand (3-APY-{o-VanH}) was prepared by condensation of o-vanillin with 3-aminopyridine. The newly synthesized organyltellurium(IV) complexes and Schiff base have been characterized by elemental analyses, conductivity measurements, FT-IR and 1H NMR spectral studies. The structure of the complexes obtained was confirmed by FT-IR and proton NMR which exhibited pentacoordinated tellurium centre having Ψ-trigonal bipyramidal geometry. Schiff base as well as their organyltellurium(IV) complexes were also evaluated for their antimicrobial activities in vitro against Gram-positive bacteria (Staphylococcus aureus and Streptococcus pyogenes), Gram-negative bacteria (Pseudomonas aeruginosa and Escherichia coli) and fungii Candida albicans, Aspergillus niger and Aspergillus

Schiff base ligands are well-known to be good chelating agents as bidentate, tridentate or polydentate ligands, particularly when the group such as –OH/-SH are present close to azomethine group, resulting in the formation of five or six membered ring complexes [1-6]. Schiff bases are reported to have biological activities like antibacterial [7-15], antifungal [7,9-12,16], antitumor [10,17,18], antiviral [19-21], anti-HIV [22], herbicidal [23] and anti influenza A virus [24] activities.

All chemicals used were of Analytical Reagent grade. All preparations were carried out under an atmosphere of dry N2 atmosphere. The solvents were purified by standard method [51,52] before use. The purity of compounds was checked by TLC using Silica gel-G (Merck). Melting points were determined in open capillary tube and are uncorrected.

The Schiff base was prepared by mixing equimolecular quantity of o-vanillin (0.08 mole, 12.17 g) and 3-aminopyridine (0.08 mole, 7.52 g) in 25 ml methanol in a round bottomed flask equipped with a condenser [58]. The reaction mixture was refluxed on wate rbath for 4 hours. After completion of reaction, the reaction mixture was cooled, filtered and dried in a desiccator over anhydrous CaCl2 and recrystallized from methanol, yellowish crystalline product was obtained.

The solid complexes were prepared by addition of 5 mmol tellurium(IV) derivatives in about 25 mL anhydrous methanol to a hot solution of 5 mmol Schiff base (3-APY-{o-VanH}) in about 25 mL methanol with continuous stirring. The reaction mixture was refluxed on steam bath for 4 hours. The excess solvent was distilled off to obtain the desired products which were recrystallized from dry methanol. The coloured complexes crystallized out, which were filtered, washed with dry methanol and dried in a vacuum desiccator over P4O10.

TeCl4 when heated with anisole [53-55], phenol [56] and o-cresol [57,58] (R?H) appears to undergo the Friedel Craft type condensation reaction where by TeCl3+ unit attacks a position para to the methoxy/hydroxyl group in the aromatic ring, thus resulting in the formation of organyltellurium(IV) trichlorides and diorganyltellurium(IV) dichlorides.

Preparation of Schiff Base (3-APY-{o-VanH}), by the reaction of o-vanillin with 3-aminopyridine can be represented by following equation.

All the tellurium (IV) complexes are colored, crystalline solids, stable at room temperature and non-hygroscopic in nature. They are insoluble in non-polar and less polar organic solvents, but are soluble in polar donor solvents like DMF, DMSO etc. The analytical data along with their physical properties are presented in Table 1.

The molar conductance (ΛM) data for organyltellurium(IV) Schiff base complexes in DMSO are compiled in Table 1. The ΛM values at ca. 10-3 M of complexes lies in the range 12.01-44.36 S cm2 mol-1 which predict the non-electrolyte to 1:1 weak electrolyte type behavior [59,60] of these Schiff base complexes in DMSO, probably due to ionization into TeCl2(3-APY-{o- Van})+/RTeCl(3-APY-{o-Van})+/R2Te(3-APY-{o-Van})+ and Cl - in DMSO. The higher ΛM values for some complexes may be due to steric factors and donor behavior of DMSO to result in probable dissociation into solvated cation and 3-APY-{o- Van}- along with Cl- in DMSO. This conductance behavior of tellurium(IV) Schiff base complexes is different from those of transition metal complexes [61] which are reported to be non-electrolytes.

The IR spectral data of Schiff base and its complexes with organyltellurium(IV) chlorides are recorded in solid state and selected bands of diagnostic importance are collected in Table 2. The band at 1616 cm-1 of the ligand is assigned [25,58,62] to the stretching vibration of the azomethine group. When the spectra of complexes are compared with those of uncomplexed Schiff base ligand the υ(C=N) band is shifted to lower frequency [16,58,62-64] this indicates that imine nitrogen [65,66] is coordinated to the metal centre. The band around 3085 cm-1, in free ligand ascribed to the υ(OH) of phenolic group disappear on complexation with tellurium atom and shows that phenolic group of o-vanillin is involved in bonding after deprotonation. The two new bands appear in range 289-294 cm-1 and 408-419 cm-1 assigned to υ(Te-O) [63,64,67] and υ(Te-N) mode of vibration. Thus, IR data predict to monobasic bidentate nature of the Schiff base (3-APY-{o-VanH}) involving azomethine nitrogen atom and phenolic oxygen after deprotonation giving rise to six membered chelate ring with the penta coordinated tellurium centre.

The 1H NMR spectral data of ligand (3-APY-{o-VanH}) and complexes were recorded in DMSO-d6 and are given in Table 3. The proton peak of phenolic –OH group at 13.124 δ ppm had disappeared, which suggest that the hydroxyl group coordinates to the metal centre after deprotonation. The singlet at 8.660 δ ppm (s, 1H) attributed to the imine hydrogen in the ligand shift to downfield side in complexes clearly demonstrate [42,43,62] the coordination of azomethine nitrogen to tellurium. Independent assignments to the aryl protons of (3-APY-{o-VanH}) and RTe/R2Te are not possible due to overlapping of signals in this region.

The Schiff base (3-APY-{o-VanH}) and newly synthesized organyltellurium(IV) Schiff base complexes were screened in vitro antimicrobial potential against Gram +ve bacteria (S. aureus MTCC 96 and S. pyogenes MTCC 442), Gram -ve bacteria (P. aeruginosa MTCC 1688 and E. coli MTCC 443) strain; fungal strains C. albicans MTCC 227, A. niger MTCC 282 and A. clavatus MTCC 1323 by “Broth Dilution Method”. The results were recorded in terms of MIC values are present in Table 4. Comparative study of MIC value for Schiff base (3-APY-{o-VanH}) and their tellurium(IV) complexes indicates that some complexes exhibit higher antibacterial activity than Schiff base itself. It has been observed that the complex no. VI [R2TeCl(3-APY-{o-Van})]: where R=4-hydroxyphenyl,) shows stronger antifungal activity than Schiff base itself against A. niger and A. Clavatus.

On the basis of these studies, the proposed structures for the complexes are as below (Figure 1). 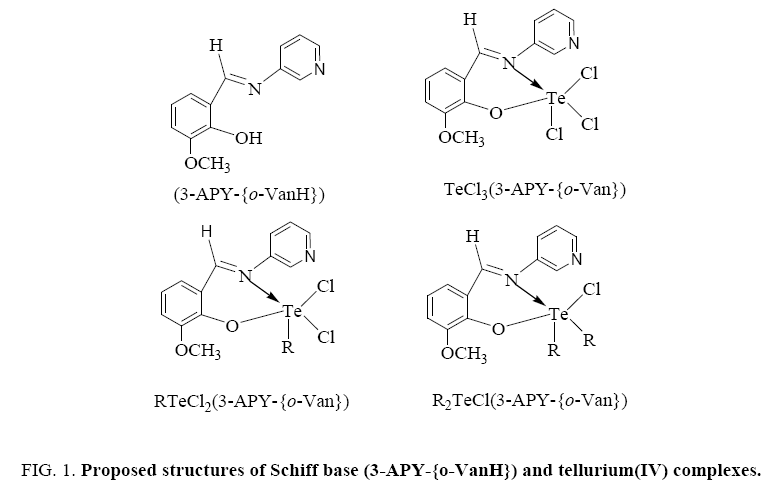 Figure 1: Proposed structures of Schiff base (3-APY-{o-VanH}) and tellurium(IV) complexes. 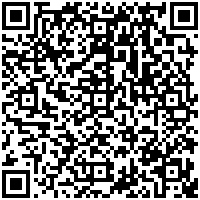