A Five week-old Sokoto Gudali calf weighing 25kg was presented to the Large Animal Unit of the Veterinary Teaching Hospital, Usmanu Danfodiyo University, Sokoto with the complaint of inability to stand on its own noticed since birth, history further revealed that the calf only suckled when assisted. It was fed on milk and water only. The dam is the only animal kept by the client. The calf has been given oral glucose two weeks prior to presentation without any improvement. Bacteriology isolation and identification revealed E. coli from the fecal samples. The packed cell volume (PCV), Haemoglobin (Hb) and Total erythrocytes count (TEC) were 55%, 18.3 and 13.2 indicating polycythemia. Neutrophilia and Monocytosis were also observed. Unfortunately, the calf died before any intervention and the carcass was sent to necropsy room for post-mortem examinations.

Colibacillosis, a collection of diseases caused by E. coli is known to be one of the greatest causes of mortality in calves [1]. This organism is the most important bacterial cause of diarrhoea in calves during the first few weeks of life [2,3]. While septicaemia is caused by certain invasive serotypes of enterotoxigenic E. coli (ETEC) that possess virulence properties which enables them to cross the mucous membranes of intestines, nasopharynx, crypts of tonsils or umbilical veins [1]. They also have the ability to resist the hosts’ defence mechanisms following invasion and produce bacteraemia and septicaemia [4,5]. E. coli is widely distributed in nature; being present in soil, surface water, animal and human faeces. E. coli produces septicemia and diarrhea in a wide range of hosts including man, avian and animals.

Calves are the most vulnerable to E. coli infection. Symptoms include diarrhea, a rise in body temperature, general weakness, dehydration, lack of appetite and depression that results in economic losses in both dairy and beef production [1]. The condition is followed by coma and death within a few hours [6]. In older animals are tendency of infection to localize itself in the joints of survivors. Lesions include enlarged, hemorrhagic spleens and the accumulation of synovial fluid and sometimes pus in affected joints [1]. The disease is usually transmitted by direct nose-to-nose contact, urinary and respiratory aerosols, or following navel sucking or fecal-oral contact [7]. Diagnosis is based on history and clinical findings, demonstration of a severe deficiency of circulating IgG, serological test and ultimately, demonstration of the organism in blood or tissues; biochemical analysis is also of good help (Gruenberg, 2014).

The treatment of colibacillosis requires aggressive antibiotic treatment together with intravenous fluid (IVF) and non-steroidal anti-inflammatory agents (NSAID) [1]. Glucocorticoids have also been proposed to treat septicemia, although their benefits for treatment of sepsis are less well established [8]. The aim of this paper is to report a case of colisepticaemia in a 5- week old Sokoto Gudali calf.

A Five week-old Sokoto Gudali calf weighing 25 kg was presented to the Large Animal Unit of the Veterinary Teaching Hospital, Usmanu Danfodiyo University, Sokoto with the complaint of inability to stand on its own noticed since birth, history further revealed that the calf only suckled when assisted. It was fed on milk and water only. The dam is the only animal kept by the client. The calf has been given oral glucose two weeks prior to presentation without any improvement.

On physical examination, the patient appeared weak, dehydrated, had rough hair coat and was on lateral recumbency. Grinding of teeth, paddling of the forelimb, difficulty in flexing the hind limbs, swelling on the distal part of the femur and abrasions on the lateral part of the right hind limb were observed (plate 1). There was hypothermia and weak pulse rate. The rectal temperature was not detected initially, it was found to be 37.1°C after exposing the calf to sun rays. The respiratory rate was 20 cycles/min, heart rate was 62 beats/min, the ocular mucous membrane was congested and the capillary refill time was 3 seconds. Bilateral serous nasal discharge was also observed. Unfortunately, the calf died before any intervention and the carcass was sent to necropsy room for post-mortem examinations.

Samples required for the investigation were fecal and blood. For parasitology identification, McMaster Fecal Egg Count Technique was done and the result showed no parasite, thin blood smear showed no haemoparasites. However, Bacteriology isolation and identification revealed E. coli from the fecal samples (TABLE 1).

*Indicates increase in the values above reference range

On physical examination, the carcass appeared dehydrated with rough hair coat and pasty perineum, the ocular membrane was congested, and the lateral condylar surface of the femur was enlarged and hard on palpation. The lungs were severely congested with focal areas of emphysema and necrosis on the diaphragmatic lobe. Enlarged and haemorrhagic popliteal and mesenteric lymph nodes, enlarged, engorged and partially patent gall bladder, focal congestions on the kidneys, impacted mass of approximately 4 kg in the rumen were all observed. Generalised congestion of the small intestine with mucoid content and ballooned caecum with marked congestion on the mucosal surface were also observed. The anal mucosal lining was also congested. Histopathological findings revealed thickened alveolar wall, congested blood vessels, fluid accumulation, foreign bodies, diffused haemorrhages and wide interlobar space within the lungs. Kidney showed congested vessels, yellowish deposits and haemorrhage with severe inflammatory cells of the small intestinal mucosa. There was also infiltration of lymphocytes around the central vein and portal triads of the liver. Biopsy samples of kidney, liver, lung and intestine were collected and sent for bacteriological examination. The result revealed that E. coli was isolated in the intestinal tissues specimens submitted. Based on the clinical signs, gross lesions, laboratory findings and histopathological lesions, a colisepticaemia was suggested to have cause the death of the calf (FIG. 1 -5). FIG. 1: Photograph showing the presentation of the patient. FIG. 3: Photomicrograph of section of the lung showing thickening alveolar wall, mild fluid accumulation in the alveolar space and deposit of foreign material. HE X 100.

E. coli is widely distributed in nature, being present in soil, surface water, animal and human faeces. E. coli produces septicemia and diarrhea in a wide range of hosts including man, avian and animals. Various studies showed that different bacterial infections specifically the enterotoxigenic, enteropathogenic, enteroinvasive, and enterohemorrhagic E. coli leads to calf colisepticemia and causes neonatal mortalities particularly in non-vaccinated calves and those which are deprived of colostrum [1].

Results from haematology showed increased in PCV, Haemoglobin and RBC indicating polycythaemia which is mostly seen in dehydration. It has been reported that calves may lose >12% body weight in fluid, and hypovolaemic shock and death may occur in 12-24 hr [9]. In this case, history, clinical, postmortem and histopathological findings as well as age of the affected calf were the common findings in E. coli infections in calves as reported by Radostits and his co-authors.

Bacteriological and pathological findings indicate that the calf had a septicemic condition (E. coli infection) resembling the commonly observed condition in neonatal bovine calves during their first few weeks of life. The presence of foreign bodies in the rumen that was observed at postmortem could be due to the fact that the calf has been recumbent since birth and suckled only when assisted. Ingestion of foreign bodies by ruminants is extremely common especially in developing countries, where the standard of animal management is unsatisfactory and low nutritional statuses of ruminants have forced them to scavenge for food [10].

The passive immunity acquired from the colostrum and absorbed into the circulation from the gut is the calf’s main defense mechanism against E. coli infection. Inadequate amounts of antibodies in the colostrum, inadequate intake of the colostrum and inadequate absorption of antibodies from the gut render very young calves susceptible to infection [11,12]. Calf diarrhea is being controlled primarily following the maintenance of strict hygienic and sanitary measures. The economic aspect of diarrheal diseases in calves and their mortality and morbidity is a matter of great concern to the livestock owners. E. coli can be isolated, identified and characterized using cultural, morphological, biochemical, serological and molecular techniques.

In conclusion, early reportage of the case to the nearest veterinary facility would have forestalled the death of the calf. Control and prevention measures should be put in place through the use of dam vaccination before calving, improve hygiene around calving and proper colostrum administration. 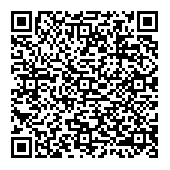