Epoxy resin in organic solvent is cured and thin films are prepared by solvent evaporation method. In the present work, the said organic solvent is used as curing agent in the sample. Both the concentration of polymer as well as curing agent is varied in wt/wt ratio and films are prepared for FTIR spectroscopic response. The FTIR observation of title compound confirms functional groups and the role of curing agent. Dielectric studies are carried out at different temperatures. Mechanical studies are also performed on the sample which confirms the toughness, textural and tensile strengths.

Thin films play an important role in the development and study of materials with new and unique properties. Polymers are huge molecules that are encountered in nature as well as in our modern technology. Epoxies are versatile from the view point of chemical structure, as well as physical and mechanical properties [1]. Epoxy resin is defined as a thermoset polymer structure with high adhesion properties and cohesive strength because, when cured, it is irreversibly rigid and relatively unchanged by heat [2]. Due to excellent mechanical, electrical properties and chemical stability, epoxy resin (EP) curing products are widely used in electronics, machinery, construction and other industries [3]. Epoxy resins are widely utilized for coatings and structural applications, adhesives and composites for microelectronic encapsulants. Among the various families of cross linking resins, epoxies are widely used due to their exceptional performance, coupled with very easy usage methods and limited cost. To achieve the high-performance properties of epoxy resins, uniform dispersion after mixing is important [4]. The epoxy resins are converted into cured epoxy resins, which are solid, infusible and insoluble 3-dimensional networks, with the help of curing agents, which can undergo chemical reactions with the epoxy rings of the epoxy resin. Epoxy resins are reactive chemicals which are combined with other chemicals known as hardener or curing agent such as triethylenetetramine (TETA) and 4,4´-diaminodiphenylsulfone (DDS) to give systems capable of conversion to predetermined thermoset products [5]. When curing agent is aliphatic amine curing process occurs at room temperature, but the reaction is slow [6].

Epoxy resin is defined as a molecule containing more than one epoxide groups. The epoxide group also termed as, oxirane or ethoxyline group, is shown below FIG. 1.

Triethylenetetramine, abbreviated TETA and trien and also called trientine (INN), is an organic compound with the formula is shown in FIG. 2. 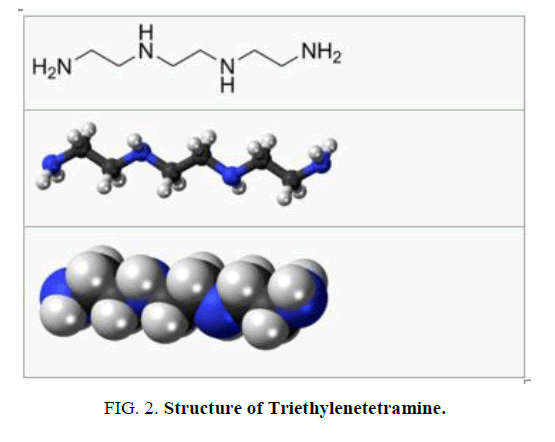 It is oily liquid colorless but assumes yellow color due to impurities resulting from air oxidation. It is used as stabilizer for epoxy resins.

Cross linked polymers such as epoxy networks cannot be characterized easily because of their insolubility and infusibility. FTIR spectroscopy has been proved to be a suitable nondestructive method to investigate cured epoxy resins [7]. Analytical techniques such as differential scanning calorimetry and Fourier transform infrared (FTIR) spectroscopy are used extensively to characterize the cross-linking of thermosetting resins [8]. The interference pattern obtained from a two-beam interferometer as the path difference between the two beams is altered, when Fourier transformed, gives rise to the spectrum. The transformation of the interferogram into spectrum is carried out mathematically with a dedicated online computer.

The Perkin Elmer Spectrum Two FT-IR instrument consists of globar and mercury vapor lamp as sources, an interferometer chamber comprising of KBr and mylar beam splitters followed by a sample chamber and detector. Entire region of 4000 cm-1-450 cm-1 is covered by this instrument. The spectrometer works under purged conditions. Solid samples are dispersed in KBr or polyethylene pellets depending on the region of interest. This instrument has a typical resolution of 0.5 cm-1. Signal averaging, signal enhancement, base line correction, normalization and other spectral manipulations are possible. The FT-IR Spectroscopy is also carried out by using ATR Diamond Accessory. Reflection which occurs when, an absorbing coupling mechanism acts in the process of Total Internal Reflection to make the Reflectance less than unity. In this process if the absorbing sample is placed in contact with the reflecting surface, the reflectance for total internal reflection will be attenuated to some value between greater than zero and unity in regions of the spectrum, where absorption of the radiant power can take place.

The mechanical properties are often most important property related for technology. The definition of dielectric relates to the permittivity of the material. The permittivity is the ability of a material to polarize with respect to an applied field. Physically, it means the greater the polarization developed from the material in an applied field of given strength, the greater the dielectric constant will be. In earlier days, inorganic materials like mica and silica are used to prepare these dielectric materials. But with the advance of polymeric materials, polymeric materials have taken the place of inorganic materials [9]. 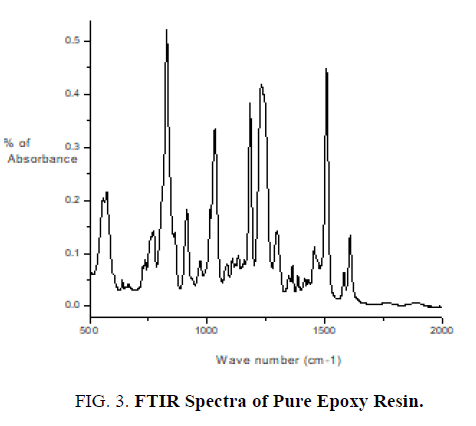 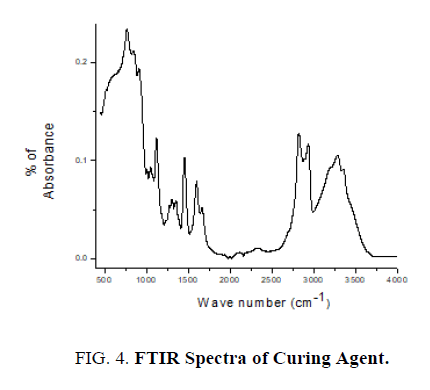 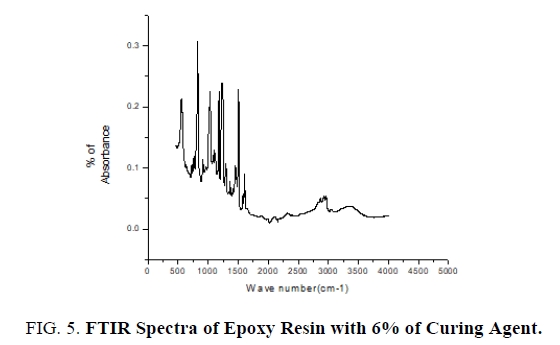 Figure 5: FTIR Spectra of Epoxy Resin with 6% of Curing Agent.

Figure 6: Variation of area of functional group with concentration of curing agent.

Table 1: Variation of area of functional group with varying concentration of curing agent. 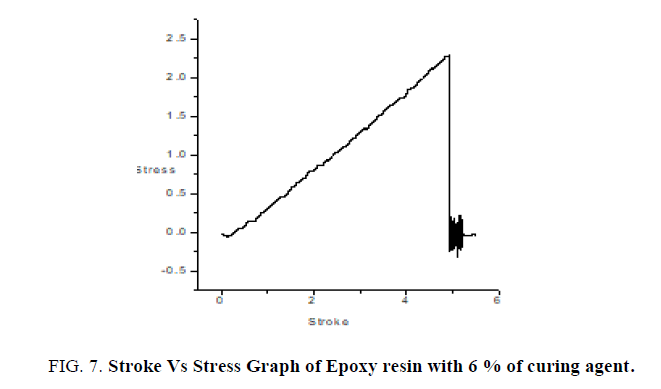 Figure 7: Stroke Vs Stress Graph of Epoxy resin with 6 % of curing agent.

Thin films of epoxy with curing agent of varying concentrations are subjected to dielectric studies at particular temperature. From the FIG. 9 it is confirmed as frequency increases dielectric constant decreases.

Figure 9: Variation of Frequency with Dielectric Constant of Epoxy resin with 16% of Curing Agent at 150°c Temperature.