This chapter describes a system for managing energy on an hourly basis (EMS). As the primary energy source, the Hybrid Renewable Energy System (HRES) is made up of a hybrid ae-generator system (WT), solar Photovoltaic (PV) panels, a Diesel Generator (DG), and a Distributed Collector System (DCS). The Distributed Collector System (DCS) is made up of a field of parabolic trough collectors that transport solar thermal energy to a power conversion unit to produce electricity, an Energy Storage System (ESS), the wind turbine, the PV panels, and the Distributed Control System (DCS) are designed to operate at maximum power, and the battery serves as storage. The Energy Management System (EMS) employs intelligent rule-based controllers to meet the energy demands of the load while also keeping the battery's State Of Charge (SOC) within certain target ranges. This study's controller is a fuzzy logic controller that mimics human understanding of various phenomena that may occur during microgrid operation. The simulation results show that the fuzzy logic-based control meets the objectives established for the hybrid renewable energy system's Energy Management System (EMS) (HRES).

The significance of renewable energy sources has increased due to the global energy consumption's constant growth, climate change, and the actual finite supply of fossil fuels. There are still areas of the world without access to electricity because they are protected areas for their flora and fauna and because of their geographic location, they are difficult to reach by power lines. The use of "Hybrid Renewable Energy Systems (HRES)" is a practical solution to the present issues. The proposed hybrid system diagram, which regulates power using analogue command signals to pulse command signals and an inverter to supply power to the load. Batteries and supercapacitors are the most popular "Battery Energy Storage System (BESS)" substitutes. Compared to hydrogen systems made up of "Fuel Cells (FC)," "Electrolyze (LZ)," and hydrogen tanks, which can stabilize the energy flow from renewable energy sources and is very useful for transportation and off-grid applications, this configuration increases the dynamic response of the system but decreases the energy storage capacity. Solar thermal energy for the production of electricity is a different option that has long been researched as a renewable energy system. Solar thermal power plants, also known as "Distributed Control Systems (DCS)" with thermal storage, are one of the technologies that have had the biggest influence in Europe. When combined with fuel or gas boilers, solar thermal energy is described as a way to lower CO2 emissions in works like. The current study discusses the generation of electricity and the heating of fluids using solar collectors in this manner. Solar collectors heat liquids like water or oil using the sun's radiation. Heating and the creation of steam for electric generators both use thermal energy. Systems including flat-plate, compound parabolic, evacuated tubes, parabolic troughs, Fresnel lenses, parabolic dishes, and heliostat fields are among the most used ones. The introduction of the thermodynamic variables is necessary in accordance with the steam system's operating principles. Through tables provided by firms specializing in steam systems, it is feasible to determine the precise values of enthalpy and steam volume using the steam pressure and temperature. The fuzzy tools of the Mat lab software environment are used to create a multi-input multi-output fuzzy logic smart controller. The "Fuzzy Logic Smart Controller (FLSC)" is made up of five inputs, or the system's five energy flows, which are the load demand, photovoltaic, solar thermal, wind, and storage battery system, and five outputs, or the command signals from the electronic switches to supply the load demand, batteries, and electrolyze system with the load. The input sources for the load include photovoltaic systems, wind turbines, and solar thermal systems, followed by "Battery Energy Storage (BESS)" and then combustion generators. The "Battery Energy Storage (BESS)" will only be charged by the combustion generators when the renewable energies are in low energy states. When all other sources are at a standstill, the combustion generators are the only ones that can power the load. The adopted membership function has a triangular shape. The regulated outputs are produced by the composition procedure. The output membership function of each rule is determined by its Min output using the Max-Min method. The development of a "Fuzzy Inference System (FIS)" and the control of a problem can be defined as the entire inference system once the linguistic and fuzzy variables have been specified.

In conclusion, a strategy for managing energy demand that takes into account the stochasticity and diffusion of the energy load demand of residents of San Cristobal Island in the Galapagos Archipelago is proposed. The following conclusions can be made using the simulation results: The energy management strategy based on neural network control can optimised the dynamic properties of each energy source, and the output powers of all energy sources can be well distributed, improving fuel efficiency and system economy for the hybrid solar/wind/diesel generator systems and the proposed one with solar thermal fields. The total performance of the solar/wind hybrid system can be enhanced after implementation of the suggested energy management method, with lower fuel consumption and CO2 emissions. As a result, it is certain that island installation will be successful. 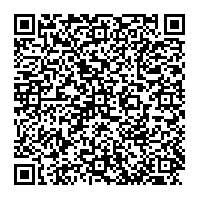