Crystalline zinc telluride thin films have been deposited on non-conducting glass substrates using triethanolamine chemical bath deposition method. The film samples were characterization by X-ray diffraction scanning electron microscopy optical spectroscopy and thermoelectric techniques. The Crystalline phase of the deposited sample was of orthorhombic type. The optical band gap energy of the sample was found to be 2.15 eV. The electrical conductivity of the film sample was found to be in the order of 10-8 (â?¦ cm)-1 .

Now a day thin film is one of the most important technologies that contributed to the development of semiconductor. Thin film is layer or several layer of certain atoms whose thickness is within nanometer to two microns resulting from the condition of atoms or molecule that possess unique properties that differ from whether they are thick particle possessing physical and chemical properties with the appropriate microstructures. There is another type of the thin film, called a thick film, which is identifier as a small dimensional substance formed with a large accumulation of cluster ion.

Thin films deposition depends on several factors including ground temperature, pH and concentration of the solution, and speed of the rotation [1]. Research focused today on manufacturing low cost thin films with high efficiency and because of their wide application in several field such as electric devices in the form of resistors, transistor, capacitors and other is mainly for the manufacture of solar and photovoltaic cells, electro optics detectors within specific spectral ranges for various application.

The semiconductor ZnTe thin film is one of the most important semiconductors because of its optical and electrical properties. It has a rather large direct energy band gap of 2 to 2.3 eV which make it suitable in many uses including light emitting diode, terahertz devices, electric devices, and photosensor.

The energy gap for the semiconductor ZnTe depends on a group of factors, including preparation method, temperature, solution concentration, pH of the solution, and speed of the rotation reaction mixture and the compounds used as sources for the zinc and tellurium elements. The ZnTe is made up of two elements Zinc and tellurium and interaction requires high temperature to form a ZnTe thin film. In the novel synthesis of Zinc telluride thin films on non –conducting glass substrate from aqueous alkaline medium. We report here the synthesis of Zinc telluride thin films using chemical bath deposition method and characterization for their optical, structural, surface morphology, electrical properties and photoelectrical performance.

In actual experimentation, 10 mL (1 M) zinc sulphate solution was taken in 250 mL beaker; 5 ml TEA, 10 mL liquor ammonia, and 10 mL (1 M) sodium telenosulphate was added in the reaction bath at room temperature pH of the reaction mixture was found to be 10 ± 5. The beaker was kept in oil bath, the non-conducting glass substrate were mounted vertically on a specially designed substrate holder and rotated in the reaction mixture with a speed of 65 ± 2 rpm. The temperature of bath was then allowed to increase slowly up to 369 K. After 7 hours 50 minute the slides were removed, washed with deionized water several times, dried naturally and preserved in desiccator.

X-ray diffraction of zinc telluride thin films was carried out in the range of the diffraction angle 10-1000 with CuKa1 radiation using Philips PW–1710 diffract meter (l=1.54056 Å). The electrical conductivity of zinc telluride thin films was measured using a ‘dc’ two-probe method. A quick drying silver paste was applied at the end of the film for ohmic contact purpose. The layer thickness of the film was measured by weight difference method. The optical absorbance measurements were made in the wavelength range 400-1200 nm by using a Hitachi-330 (Japan) UV–visible NIR, double beam spectrophotometer at room temperature, uncoated glass substrate placing in the reference beam made substrate correction. A 250 MK-III StereoScon (USA) scanning electron microscope (SEM) was used for the microscopic observations.

In the reaction bath Zn+2 ions are complexed with TEA in the form of water-soluble Zn-TEA complexed and thus control Zn+2 concentration. The dissociation of sodiumtelenosulfate as well as Zn-TEA complex in alkaline medium takes place.

At low temperature kinetic energy is lower and avoids the precipitation. Thermal decomposition of metastable complex releases metal ions while sodiumtelenosulphate hydrolyzes in alkaline solution to yield Te-2 ions transferred to an ice bath at 278 K temperature. The pH of the resulting solution was found to be 11.80 ± 0.05. The temperature of the solution was then allowed to rise slowly to 293K. The stainless-steel

plate was subsequently removed from the beaker after 6 h of deposition (Table 1).

The presence of induction period suggests that ion-by-ion growth mechanism instead of cluster by cluster. Figure 1(a) shows the thickness against deposition temperature. Zinc telluride thin films have been well deposited at 450 minutes with 0.276 μm thicknesses. The thickness was measured every 90 minutes and plotted against time as shown in Figure 1(b). Rotation speed was 65 ± 2 rpm to maintained constant deposited zinc telluride thin films [2]. The optimum conditions like for temperature and time are at 369 k and 450 minutes respectively (Figure 1a and 1b). FIG. 1a. Show deposition of thickness Vs temperature. X-ray diffraction studied by the pattern of ‘as deposited’ and annealed Zinc telluride thin films, are shown in Figure 2. The X-ray diffraction pattern of the ‘annealed’ sample shows high peak intensity, due to high crystallinity. The observed d-value correspond to 2.861 phase of Zinc telluride and are indexed according to Orthorhombic structure (JCPDS -822152). The indices are shown above the reflections in the figure. The XRD pattern shows the highest intensity reflection peak at d=2.861Å (200), Along with (321) plane, (302), (022), (311), (040), (400), peaks are also observed (Figure 2). The absorption spectrum of sample was recorded at room temperature in the wavelength range of 400-1200 nm. The value of absorption coefficients depends upon radiation energy as well as composition of thin films [4]. It is probably due to increase in the grain size leading to reduction in the density of grain boundary trapping centers and the change in the colour form white to gray white. This shift indicates decrease in band gap of the sample and the following classical relation for near absorption edge in a semiconductor (Figure 4). The electrical measurements were carried out using two-probe method in the temperature range 300-525 K. At room temperature the specific conductance was found to be into order of 10-8 (?cm)-1. It is observed that the conductivity behavior of the film. A plot of log (conductivity) versus inverse absolute temperature for the cooling and heating curve is shown in Figure 5. A plot showing the straight-line nature indicates the presence of only one type of conduction mechanism. The activation energy is calculated using exponential form of Arrhenius relation (Figure 5) [5]. 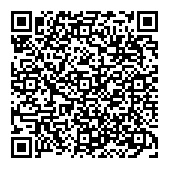