A Comparative Study on Photocatalytic Activity of ZnO, SnO2 and ZnO-SnO2 Composites

A comparative study was made on photocalytic activity of ZnO, SnO2 and their composite. A simple mechanochemical method was used for preparation of composite. The photocatalytic efficiency of ZnO-SnO2 composite was compared with pure ZnO and SnO2. The effect of various parameters such as pH, dye concentration, semiconductor amount and light intensity was observed. The optimum conditions for this degradation were obtained as: Rose Bengal=6.0 × 10-6 M, pH=7.5, amount of composite=0.08 g and light intensity=60.0 mWcm-2. It was found that coupled chalcogenide ZnO-SnO2 show better photocatalytic activity as compared with ZnO and SnO2 alone for the degradation of rose Bengal in the presence of visible light.

One of the most essential parts of life is clean water and today, the whole world is facing serious problem of water pollution. Dye effluents of various textile and paper industries are one of the important pollutants. In this era of rapid industrialization, the problem of degradation of pollutants has reached an alarming situation from ecological point of view.

There are many techniques for eliminating these water pollutants. Many researchers have tried to overcome this problem by methods like adsorption by charcoal, precipitation, air stripping, flocculation, thermal dehydration, etc., Photocatalyst may play significant role in solving this problem. Different methods based on it have proved their worth as these are green and affectionate in nature.

Ameta et al. [1,2] have excellently reviewed the field of photocatalysis. Several photocatalysts have been used for the degradation of different dyes from their aqueous solutions. Photocatalytic oxidative degradation of wastewater pollutants in aqueous suspensions of TiO2 was observed by Das et al. [3] They observed that certain organic molecules (polynuclear aromatic hydrocarbons) adsorbed on TiO2 could be reduced with the concomitant oxidation of water. Mansilla and Villasnov [4] investigated the ZnO catalysed photodegradation of Kraft-black liquor, a discharge from the paper and pulp industries. Photocatalytic degradation of amaranth dye on TiO2/UV in aqueous suspensions has been studied by Gupta et al. [5].

X-rays diffraction pattern of the pure ZnO-SnO2 composite is shown in Figure 1. Average particle size of the crystalline composite powder was calculated by Debye-Scherrer’s equation and it was found 97.25 nm. 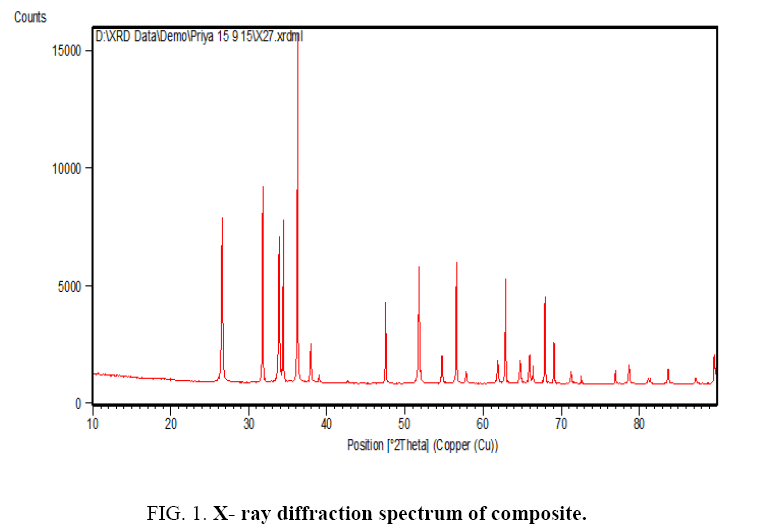 The surface morphology and elemental composition were observed out by scanning electron microscope equipped with an energy dispersive X-ray spectrophotometer. The SEM image of ZnO-SnO2 composite is Figure 2. It shows that particles have rough surface with irregular size. EDX analysis was performed to analyze the elemental constituent of mixed ZnO-SnO2. It was observed that three elements are present in nanomaterial i.e., Zn, Sn and O (Table 1).

0.1017 g rose Bengal was dissolved in 100.0 mL of doubly distilled water to prepare 1.0 × 10-3 M concentration solution. It was used as a stock solution and further diluted as working solutions when required. The absorbance of rose Bengal solution was observed with the help of spectrophotometer (Systronic model 106) at λmax=550 nm. It was irradiated with a 200 W tungsten lamp (CEL, Model SM 201) Reaction solution was exposed to visible light. A water filter between light source and solution was used to cut off the thermal radiation.

Equal amount of dye solution was kept in four beakers.

1. The first beaker of rose Bengal dye solution was placed in dark.

2. The second beaker of rose Bengal dye solution was exposed to visible light.

3. The third beaker of rose Bengal dye solution and 0.10 g ZnO-SnO2 composite was placed in dark.

After 3 hours absorbance of solution was measured by spectrophotometer. The absorbance of first three beaker solution was found almost constant but the absorbance of the solution of fourth beaker had a decrease compared to initial value of absorbance. From all this observation, it is clear that the degradation required the both: light intensity and semiconductor composite.

The photocatalytic degradation of rose Bengal dye was studied, after addition of 0.08 g of composite in 50 mL dye solution (6.0 × 10-6 M) at pH 7.5. A 200 W tungsten lamp was used for irradiation (60.0 mW cm-2 light intensity). A glass vessel was used for irradiation. A solarimeter (Suryamapi CEL 201) was used for the measurement of light intensities. Water filter was used to cut thermal effect. pH of the dye solutions was measured using a digital pH meter. pH of the dye solutions was adjusted by addition of previously standardized 0.1N sulphuric acid and 0.1 N sodium hydroxide solution. UV-Visible spectrometer (Systronic Model 106) was used to measure absorbance (A) of the dye solution at regular time intervals. Controlled experiments were also carried out to confirm that the degradation of rose Bengal by ZnO-SnO2 was photocatalytic in nature. A linear line plot of 1 + log A and time shows that rose Bengal degradation follows pseudo-first order kinetics.
The following formula was used to calculate the rate constant.

The pH of the solution always affects the degradation of any dye solution and hence (Table 2), pH of the rose Bengal dye solution was varied and the rate of photocatalytic degradation was measured in the pH range 6.0-10.0, as the degradation was found to be reasonably rapid in this range. pH effect results are reported in Table 3. It was found that the rate of photocatalytic degradation had an increase with increase in pH up to a certain pH value, the rate constant was found optimum at pH 7.5; more increase in pH, rate of reaction gradually reduced. An increase in the photocatalytic activity with increase in pH may be due to formation of extra •OH radicals, which are generated from the interaction of OH− and hole (h+) of the composite semiconductor. These •OH radicals are accountable for the oxidative degradation of dye. The rate reduces after certain pH because more hydroxyl ions are available at higher pH and these will be adsorbed on the surface of the semiconductor, which makes it negatively charged so that the approach of anionic form of rose Bengal towards semiconductor surface will be slowed due to repulsion, which results decrease in the rate of degradation.

On the basis of all these observations, a tentative mechanism for degradation of rose Bengal (Dye) is proposed as follows:

Rose Bengal absorbs radiations of appropriate wavelength and converted to its excited singlet state. Then it undergoes intersystem crossing (ISC) to give the triplet state of the dye. Besides, the semiconducting composite ZnO-SnO2 also used the incident visible light energy to excite its electron from valence band to conduction band; thus, leaving behind a hole. This hole may abstract an electron from OH- ions to generate •OH radicals. These •OH radicals will then oxidize the dye to its leuco form, which may finally degrade to less toxic yields. The participation of hydroxyl radicals as an active oxidizing species was confirmed by using hydroxyl radical scavengers (isopropanol), where the rate of degradation was completely reduced. 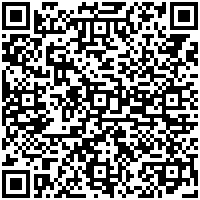