Worries of a Bio Scientist: Can We Trust the Physics on Which We Rely?

Cell biology has entered the age of quantum biology. There are situations in which a single electron matters, particularly with respect to the mind-body dialogue. This necessitates the question: Can we trust the physics on which we rely? To some surprise the answer is definitely: No! This review summarizes the not very much known discoveries of Kanarev and of Thomson and Bourassa, who revealed an astonishing number of mistakes in the very basics of physics as it are instructed in introductory university courses. One mistake elicits another and that might have been the reason why the developers of quantum theory found themselves in front of such a difficult task. Mistakes were found in not considering the unity of time-matter-space, in Bohr’s equation for line spectra, in the way Maxwell’s equations are applied at the quantum level, in the way the original insights of Coulomb were mistreated, in the historical abandonment of the concept of the aether by the experiment of Michelson an Morley, who disproved a static aether, but not a dynamic one and in the obsession of seeing particles at all levels. In an independent way the above authors developed their own alternative theories in which the weird aspects of classic quantum theory fade and become replaced by Newtonian mechanics and simple algebra. It is amazing how these independent theories developed in much different ways come to quite similar insights. As far as known these two approaches were not put together and compared up to now, while together they are so much complementary and constitute the main elements of a new atomic theory. The advice is to read the original manuscripts. 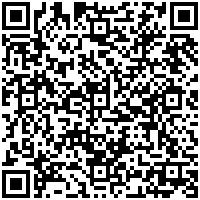