Purpose: Transient receptor potential vanilloid type 1 (TRPV1) is a Ca2+ permeable nonselective cation channel that has been studied in many human malignancies. However, its role in epithelial ovarian cancer (EOC) has not been clarified yet. Therefore, we investigated the significance of TRPV1 in EOC as well as correlation with phosphatase and tension homolog (PTEN). Methods: Immunohistochemical analyses were performed for TRPV1 and PTEN with 217 EOCs, 57 borderline and 153 benign ovarian tumors, and 79 nonadjacent normal epitheliums in a tissue microarray. Moreover, the role of TRPV1 in cell growth was assessed in a EOC cell line. Results: TRPV1 expression was significantly higher in EOCs than in borderline, benign tumors and nonadjacent normal epithelial tissues (all p < .001). Also, TRPV1 expression correlated negatively with PTEN expression in advanced-stage (Spearman???s rho = ???0.121, p = .009). In particular, high TRPV1 expression was an independent prognostic factor for overall survival and disease-free survival (p = .009; p < .001), and the combination of high TRPV1 and low PTEN expression was also a significant independent prognostic factor for overall survival and disease-free survival (p = .033; p < .001). In vitro results demonstrated that the knockdown of TRPV1 was associated with decreased cell viability and colony formation. Conclusion: Our research suggests a strong association between TRPV1 and PTEN and the combination of these two proteins were indicative of the potential role as a prognostic predictor in clinical assessment. 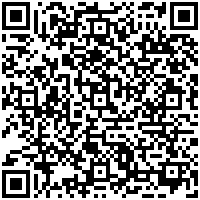