The temporal variations in Total Electron Content (TEC) calculated from GPS (Global Positioning System) signal has been analysed at low latitude station Sonmiani (25.19Â° N, 66.75Â° E) during the high solar activity (HSA) period from May 2014 to September 2015 of the most recent solar cycle (SC) 24. It has been found that the diurnal variations in GPS TEC show peak value around post noon hour, 1500 LT (local time). The GPS TEC shows high values in equinoctial months as compared to solstice months. The winter anomaly is present in daytime with relatively large amplitude in the year 2014 as compared to 2015. It is completely absent during nighttime. It has been found that IRI-2016 model TEC shows both positive and negative deviation. The model underestimates the GPS TEC most of the time. The critical frequency of the F2 layer (foF2) obtained from NeQuick model by ingesting GPS TEC has been compared with IRI âÂÂÂÂ 2016 foF2 and good agreement is found around June solstice and December solstice. The root mean square error (RMSE) in GPS TEC has been found large in equinoctial months. In iterations process at Sonmiani that the 70% points gives tolerance of Â±1 MHz and the 17% of the total iteration showed ÎÂÂfoF2 = 0. 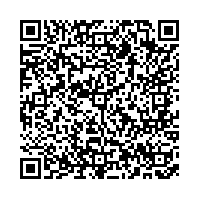