The Evolutionary Pictures and Eight-Stages to the Universe: A Full Explanation

This brief article will show people how the universe began. If, cosmic forming requires several stages, people track, when two tiny black holes do attract a plasma, it will most likely into the event horizon of two tiny black hole, this means that a plasmas can zip through the quantum double slit in the universe, but not consume the plasmas, and is followed by the “tango” effect on universe, etc. In the scientific sense, the universe is a self-sufficient system, and is determined by the cosmic scientific law. So, the universe can be divided into eight stages, just like an abrupt episode during the Earth’s evolution. In recent years, I have evolved a new cosmogony of set theory, called axiom cosmology and/or super-large-scale angle cosmology, which is the theoretical basis for this article. For the relation between matter and antimatter, it is interesting how I seem to have more the point to think of it as the problem of set operations. 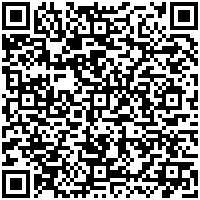