Amazonis Planitia on Mars has many pits of unusual shapes, concentrated in an area west of Olympus Mons. They have approximately the same area, with a similar depth and with the same kinds of walls around their edges. These walls appear to have gaps in them such as where a door or entrance would appear. There are also unusual hills in this area, many appear to be hollow with signs of settling on their exteriors. The proposed hypothesis is that some of these formations are artificial, the hills may have been pingoes that were modified. The pits may have been Kaarst lakes. This area is near the Square Mesa formations, on the other side of the paleosea between Elysium Mons and Olympus Mons. The walls surrounding these pits may have used similar construction methods as the proposed walls around these mesa formations. Their being close to extinct volcanoes may mean they used them as a heat source, to melt the ice and keep this paleosea liquid around them. They may also have created weather patterns with Hadley cells, the heat from the volcanoes may have created a shore breeze. This would have brought in humid air which may then have been circulated outward as rain or snow clouds. Another proposed hypothesis is that these pits were the lower parts of former buildings, some hills nearby may still have these roofs on them. They would perhaps have been mud roofs or materials that could have crumbled into soil filling part of these depressions. 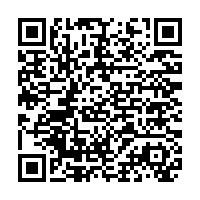