Dyes are a very important class of organic pollutants that is well known for their hazardous effects on aquatic life and human beings. Several innovated techniques have recently evolved for the removal of dyes from industry and domestic effluents, among which adsorption is considered the best choice. In the present work an investigation regarding the recovery of direct dyes from aqueous streams for reuse, by macro-reticular ion exchange resins (IERs) that are relatively new in the market, has been carried out. The study included dyeing single jersey cotton grey fabrics with direct dyes from ISMA dye Company, Kafr El Dawar, Egypt. Solutions from thirteen different dyes, prepared at an average concentration between the spent and soaping liquors concentrations, were estimated spectrophotometrically, from the initial dyeing experiments, after being centrifuged, and the supernatant liquid separated, then each dye concentration determined. Batch adsorption experiments using both strong- and weak-base resins (SBR and WBR respectively) were conducted for each dye and both Freundlich and Langmuir isotherms were constructed. It was found that adsorption obeyed both isotherms, that monolayer adsorption took place, and that the dye molecular weight, structure and solubility, and type of anionic resin used, had varying effects on the extent of absorption. Thus, direct Yellow RL had the highest adsorption on both SBR and WBR. Conversely Congo red, Violet R, and Blue RL proved to be the worst dyes adsorbed by the IERs, whereas Yellow RL and Red 8B exhibited favorable adsorption by SBR and accelerated adsorption by WBR. This way, it was possible to recover most of the dyes for reuse. 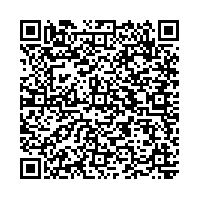