Research on design of pipes has gained importance from the last decade. The pipe tends to flatten when they are forced to bend and this geometrical change has a significant role in the pipe design. It is necessary to bend pipes in order to transmit liquid or gas from one place to other. In the present study, special attention has been given to pipe bends with high stress concentration due to different loading conditions. Thus the process piping systems has been chosen for the analysis as they were used to transport hazardous materials. The damage to such piping system can cause serious loss to economy and human lives. The geometrical imperfection associated with bending of pipes is ovality and the degree of ovality determines the acceptance of pipes. Thickening and thinning effect causes additional problems like large plastic deformation and loss of flexibility respectively and hence the estimation of best degree of ovality is required. In this work effect of ovality is estimated by taking the internal fluid pressure and inplane bending moment into account. The optimum percentage of ovality which is desired for pipes has been estimated. The cross section of the pipes at the mid plane of the pipe bend is modeled with different percentages of ovality (six models) and structural analysis is performed. Based on the results (Deformation, Von Mises Stress and Stress Intensity) an optimum percentage of ovality is found out. In the present study the results are evaluated and compared for three factors deformation, stress intensity and percentage of ovality in the pipe bends. 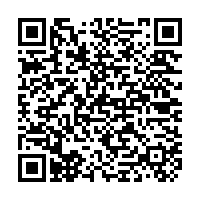