Melanoma is the most aggressive type of skin cancer and has a high lethality. The treatment of cancer has progressed greatly with the advent of immunotherapy and gene therapy, including the use of nonreplicating adenoviral vectors to deliver genes with antitumor activity for cancer gene therapy. Adenoviruses were the first DNA viruses to go into therapeutic development, mainly due to well-known biological features: stability in vivo, ease of manufacture, and efficient gene delivery to dividing and nondividing cells. Our group has shown that the combined gene transfer of p19Arf and IFNβ delivery by nonreplicating adenovirus type 5 is an efficient means to induce both cell death and immune response. In addition to promoting emission of critical markers of immunogenic cell death, combined p19Arf+IFNβ promotes a Th1 immune response with participation of neutrophils, natural killer cells, and both CD4 + and CD8 + T lymphocytes. While our approach acts as immunotherapy, we wish to further strengthen the immune response by directing cytolytic T cell activity towards tumor-specific antigens. In this context, we evaluated whether tumor neoantigens would enhance the immune response induced by the prophylactic vaccination of immunocompetent mice. For this, B16 (mouse melanoma) cells were treated ex vivo with the adenoviral vectors encoding p19Arf and IFNβ and applied (s.c.) as a vaccine with or without the presence of the neoantigens. Later, a rechallenge with naïve B16 cells (s.c. in the opposite flank) was performed and the animals were observed for progression of the secondary tumor. Indeed, tumor progression was diminished when the vaccine included the neoantigens. Currently, we are evaluating the specific response of T cells to the neoantigens and we are exploring alternative methods for introducing the neoantigens in the treatment approach. 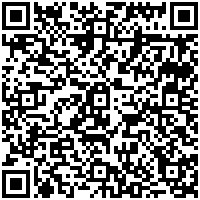