The microwave (MW) technique has become an important tool in organophosphorus chemistry. In this paper, the advantages of MWs in different reactions are surveyed allowing green chemical accomplishments. The first case is the MW-assisted direct esterification of phosphinic and phosphonic acids that becomes more efficient in the presence of an ionic liquid catalyst. The phase transfer catalyzed (PTC) O-alkylation of phosphonic acids under MW irradiation is also a useful technique. MWs may substitute catalysts, such as in the Kabachnik–Fields condensations of amines (even carboxylic acid amides), aldehydes and >P(O)H reagents. Another valuable finding of ours is that in the Hirao P–C coupling of >P(O)H reagents and bromoarenes applying Pd(OAc)2 as the catalyst, the slight excess of the >P(O)H species in its tautomeric >POH form may substitute the usual P-ligands. Pd- and Ni-catalyzed cases exploring the mechanisms will be shown. The latter variation involves a brand new mechanism assuming a Ni(II) → Ni(IV) transition. The Pudovik reaction and the synthesis of α-hydroxyphosphonates, as well as dronic acid derivatives as biologically active substrates will also be discussed. Flow chemical accomplishment of a few reactions mentioned above, e.g. esterifications, as well as alcoholyses is also presented. It is also the purpose of this paper to elucidate the scope and limitations of the MW tool.

Supports from National Research Development and Innovation Office in the frame of FIEK_16-1-2016-0007 and BME FIKP-BIO by the Ministry of Human Capacities of Hungary are acknowledged. 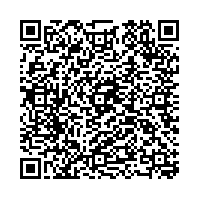