Experiments were conducted to investigate the effect of various dynamic and geometric parameters on wall-liquid mass transfer coefficient and friction factor in the case of flow of an electrolyte through a modified annulus. Hourglass promoter assembly has been employed as the turbulent promoter. To measure the mass transfer coefficient the limiting current technique was chosen. The electrolyte employed was an equimolar 0.01 N potassium ferrocyanide and potassium ferricyanide solution in the presence of an inert sodium hydroxide of 0.5 N. Measurement of limiting current was made at the point electrodes fixed flush with the inner surface of the tube wall. Pressure drop measurements revealed that the friction factor decreased with increasing pitch and increased with increasing characteristic length of the hourglass. Similar trends were also observed for mass transfer coefficient. The mass transfer coefficient data were correlated as Coulburn j-factor expressed as a function of Reynolds number and the geometrical parameters of the promoter. The friction factor data were correlated as a function of Reynolds number and geometrical parameters of the promoter element. 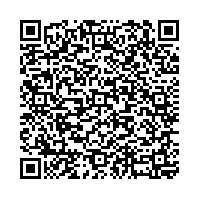