According to the standard Big Bang model, the universe was born during a period of inflation that began about 13.8 billion years ago. Like a rapidly expanding balloon, it swelled from a size smaller than an electron to nearly its current size within a tiny fraction of a second. Initially, the universe was permeated only by energy. Some of this energy congealed into particles, which assembled into light atoms like hydrogen and helium. These atoms clumped first into galaxies, then stars, inside whose fiery furnaces all the other elements were forged. This is the generally agreed-upon picture of our universe’s origins as depicted by scientists. This model explains many of the things, such as the remarkable smoothness of space-time on large scales and the even distribution of galaxies on opposite sides of the universe. But sometimes their are things which make the theory little uncomfortable to accept. The theory which states that the Universe underwent a rapid inflation early in its history cannot be accepted so easily, and it relies on the existence of a mysterious form of energy in the universe’s beginning that has long since disappeared.”For some scientists, inflation is a clunky addition to the Big Bang model, a necessary complexity appended to make it fit with observations. This wouldn’t be the last addition. ”We’ve also learned there has to be dark matter in the universe, and now dark energy,” said Paul Steinhardt, a theoretical physicist at Princeton University. ”So the way the model works today is you say, ’OK, you take some Big Bang, you take some inflation, you tune that to have the following properties, then you add a certain amount of dark matter and dark energy.’ These things aren’t connected in a coherent theory.” If you talk about a line segment than we know about the start and end of that line segment. In the same way we are taking the Universe a line segment so that we know where is the begining and the end of universe. But to be clear it is not that much simple as we thought of it,instead it is way more complex than tha 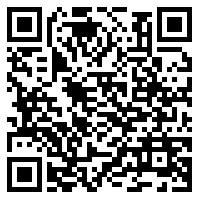