Herein, we report adsorption kinetic and adsorption isotherm studies on indigo (Indigofera tinctoria) and madder (Rubia tinctorum) colorants for dyeing wool in one and two dye baths. Two kinetic equations, pseudo-first-order and pseudo-second-order equations, were employed to investigate the adsorption rate. The pseudo-second-order model provided the best fit to the experimental data. This suggests that the pseudo-second-order kinetic model closely describes the sorption process of indigo and madder colorants for dyeing wool in one and two dye baths. The equilibrium adsorption data were fitted using the Nernst, Freundlich, Langmuir and Temkin isotherm models. The adsorption behavior was also in good agreement with the Temkin−Nernst model. However, the pseudo second rate constants obtained for both dyes [K(indigo)=1.543 g.g-1 .min-1 and K(madder)=0.078 g.g-1 .min-1 ] and their optimal dyeing conditions are significantly different. Moreover, the magnitude of the Temkin parameter (BT) of indigo (BT=-3.621) is lower than that obtained for madder (BT=-0.122) for dyeing in two dye baths, which indicates the best coverage of wool fibres by indigo. These results suggest that indigo and madder are not compatible and cannot be mixed in a single dye bath. The complexity of the adsorption isotherms indicates the formation of stronger bonds between the dyes and wool fibres. This indicates that the both dyeing methods (mixed dyeing in one and two dye baths) achieve rigid fixation and an excellent degree of washing fastness. 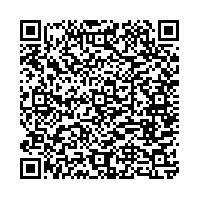