The oxidation of purines viz., adenine and guanine with sodium chromate and hydrogen peroxide (Cr(VI) - H2O2) system in presence of ascorbic acid at pH 8 has been carried in TrisHCl buffer. The reactions are followed by measuring the absorbance of purine bases at their respective λmax. The rates of oxidation of purines increased with increase in [chromate], [hydrogen peroxide] and [ascorbic acid]. The plot log (initial rate) versus log [chromate], and log (initial rate) versus log [ascorbic acid] was found to be linear with slope less than one indicating fractional order dependence on [chromate] and [ascorbic acid]. The fractional order dependence of reaction rate on [ascorbic acid] and [chromate] indicates that reaction might be proceeding through the initial formation of a complex between ascorbic acid and Cr (VI). The first order dependence of rate of oxidation on [H2O2] suggests that Chromium-Ascorbate complex might react with H2O2 in the rate determining step via Fenton like mechanism to generate OH radicals. An increase in [purine] at constant [chromate], [hydrogen peroxide] and [ascorbic acid] has no significant increase of rate of oxidation suggests that OH radicals react with purines in a fast step to form product. It has been found that riboflavin protects guanine and adenine to the extent of 74.04% and 83.77% at 64 μM concentration of riboflavin from OH radicals. 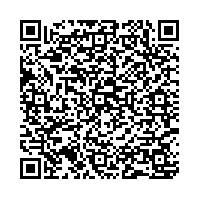