Ionic Liquids In Energy And Environmental Science: Properties And Applications

Ionic liquids (ILs) are salts that include both cations and anions and are generally liquids at temperature below 100°C. At room temperature, salts that are liquids are known as Room-Temperature Ionic Liquids (RTILs). ILs has considerably lower melting points than inorganic salts, owing to the greater sizes of either the cations or the anion, or both. Furthermore, their molecular geometries have a significant degree of asymmetry, which affects ionic packing and, as a result, reduces Coulombic attraction between ions. . Walden (1914) made the first IL by neutralizing ethylamine with a strong nitric acid solution. The ethyl ammonium nitrate IL [EtNH+3][NO3] that resulted, had a melting point of 12 ° C. ILs did not attract much attention from scientists at the time, but they looked to be promising in a variety of electrochemical applications later in the 1980s. ILs, unlike molecular liquids, have a number of distinguishing characteristics that make them ideal solvents for a variety of industrial applications. High polarity, low volatility, strong thermal stability, high ionic conductivity, low melting point, and structural design ability are some of the physicochemical characteristics of ILs. ILs have been regarded as promising solvents with new characteristics in organic synthesis, catalysis, and electrochemistry, metal separation, gas separation, biomass processing, pharmaceuticals, tribology, and energy storage devices such as batteries, super capacitors, and fuel cells for the past two decades. 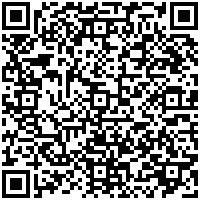