Over the years, lead has been a major environmental nuisance, and lead poisoning is a significant epidemic in many countries in the world including Nigeria. Most often, lead poisoning has been identified as a chronic environmental disease which later develops long-term adverse health effects. However, this study investigated the concentration, fractionation, and potential health risk of lead in four edible snails (A.achatina, L.flammea, P.aurita, and T. fuscatus) obtained from Bayelsa State, Nigeria using Flame Atomic Absorption Spectrometer (FAAS). The mean concentrations of lead (𝒎𝒈/𝒌𝒈 dry wet basis, mean±SD) were; A.achatina (29.5±5.41), L.flammea (8.00±1.00), P.aurita (𝟑𝟕. 𝟕 ± 𝟐. 𝟒𝟕), and T.fuscatus (27.8 ± 2.89). These values were higher than the permissible limits of FAO/WHO and FEPA. Speciation analysis showed that the water soluble fractions were below the limits of WHO and FEPA. Polar and non-polar fraction were below detection limits (BDL), indicating non-availabilities of polar and non-polar lead species in the snails. While the residual fractions were higher than the acceptable limits of WHO and FEPA. Health risk assessments results revealed that the chronic daily intake (CDI) of lead in the snails were in the decreasing order of P.aurita > A.achatina > T.fuscatus > L.flammea with values of 15.52, 12.14,11.14, and 3.29 respectively. These values are higher than the provisional daily intakes of lead set by WHO and FEPA. The non-carcinogenic health risks of lead in the snails were generally low (𝑻𝑯𝑸 = 𝑯𝑰 < 𝟏), indicating non-cancer adverse health risk at the moment. However, the carcinogenic risk indices of lead in the snails were within the threshold values of 𝟏. 𝟎 × 𝟏𝟎−𝟔 − 𝟏. 𝟎 × 𝟏𝟎−𝟒 set by USEPA. Therefore, considering the bioaccumulative nature of lead, these snails should be consumed moderately 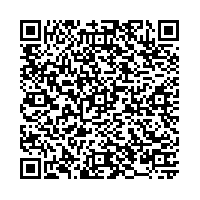