From hydrogen to graphene with twin physics

Twin physics is a new physical model in which the basic features of quantum mechanics and relativity theory are combined to a manageable description. The developed formalism is fully complementary, based on the concept that determinate and indeterminate aspects of phenomena are mutually independent and that they occur joined in nature such, that one of both dominates an observation and the other occurs as a small disturbance. To develop feeling for complementarity, some illustrative examples from everyday life are given. The basic item in the theory is the Heisenberg-unit (H-unit), defined as a constant amount of potential energy, supplied with complementary attributes of time, space and charge. By interaction between H-units, potential energy can be transformed into physical items, which can be described in an easily accessible geometric way. Only three types of H-units are defined, one being neutral and two being oppositely charged, which is enough to describe basic elementary particles as well as the four forces of nature. As an unexpected result, we found descriptions of four distinct types of electrons having features being unknown in classical physics. This opens new perspectives to possible ways in which molecules are composed, leading to more comprehension of their electromagnetic features. Various chemical elements may be constructed by building them up out of only these three types of H-units, as it were Lego bricks provided with spatial properties and a kind of intelligence. After a short introduction, without going too deep into the theoretical basics, we will show how in this way helium could be constructed out of hydrogen. After that, a similar procedure leads to the construction of graphene, making clear why its conductivity is so high and why the velocity of so-called jumping electrons is constant. 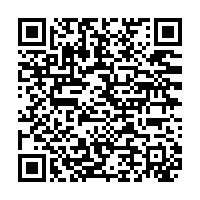