From a thrown-away notion of Schrödinger???s, lessons on our ontological status, and an awareness of H. salinarum???s ???photon diet??? which bears significantly on the energy crisis

Why is the atom so small? Schrödinger (in What Is Life?) turns that question on its head to ask: Why are we so huge? It was potentially a pivotal moment in the Annals of Thought. But he soon cast aside the idea, as he apologized for being a ‘naïve physicist’ and promised to think — for the remainder of the book — ‘like a biologist’ instead. Here I retrieve his idea from the trash, as it were, and extend it from the atomic and macroscopic scales to the cosmic. With the three corresponding time scales added to the picture, one understands that we are too fabulously large and embarrassingly slow to rate even as coherent entities, much less as life forms, from the perspective of the atom, where the business of the universe is carried out. Thus, a new kind of ontological worry for the professional philosopher to ponder.

In Part 2, I explore the contrast between [a] organisms deemed SIMPLE that take sustenance at the photon level and [b] those deemed HIGHER but which have lost the knack of ‘eating light’. As an instance of [a], I cite certain Archaea such as H. salinarum which drives its metabolism via bacteriorhodopsin which harvests photons via 11 cis retinal. For an example of [b], I propose a look in the mirror. There we find a species who walks the earth with some 20 quadrillion of those selfsame rhodopsin mechanisms packed into one’s cranium while employing not a single one for its original purpose (rather, for discriminating oyster shell from ivory white). Is there no way to recover from this evolutionary wrong turn? If we could reawaken the ‘photon eating’ capability of our own rhodopsin, we would not only have another tool for addressing the energy crisis, but could feel better about our dubious ontological status relative to the atom. 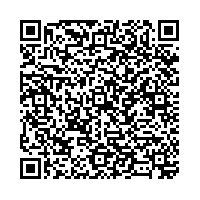