The project is designed to develop a fire fighting robot using Bluetooth technology for remote operation. The robotic vehicle is loaded with water tanker and a pump which is controlled over wireless communication to throw water. PIC microcontroller is used for the desired operation. At the transmitting end using Mobile Phone, commands are sent to the receiver to control the movement of the robot either to move forward, backward and left or right etc. At the receiving end three motors are interfaced to the microcontroller where two of them are used for the movement of the vehicle and the remaining one to position the arm of the robot. The Bluetooth Transceiver acts as a remote control that has the advantage of adequate range, while the receiver decodes before feeding it to another microcontroller to drive DC motors via motor driver IC for necessary work. A water tank along with water pump is mounted on the robot body and its operation is carried out from the microcontroller output through appropriate signal from the transmitting end. The whole operation is controlled by an PIC microcontroller. A motor driver IC is interfaced to the microcontroller through which the controller drives the motors 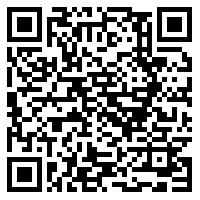