Evidence that the Earth was exposed to Cold Dense Interstellar Medium 2 Myrs Ago as a result of an encounter with Local Lynx Cold Clouds.

The connection between the Sun's location in the interstellar medium (ISM) and terrestrial effects has been studied in relation to the filtration of Galactic Cosmic Rays (GCR) as the heliosphere, the solar system's protective bubble formed by the solar wind, shrinks or expands as a result of different ISM environments. However, the relationship between GCR and terrestrial climate remains unknown. So far, the impact of compact cold clouds 4-5 orders of magnitude denser than the ISM along the Sun's direct path has been overlooked. Geological evidence comes from the isotopes 60Fe and 244Pu. Around 2-3 million years ago, the Earth made direct contact with the ISM. The local ISM is known to be the home of several nearby cold clouds. We derive the velocity field of the Local Ribbon of Cold Clouds using new modelling of 21-cm data from the HI4PI survey (LRCC). As a result, the Earth became subjected to a neutral hydrogen density greater than 3000cm-3. This could have had a significant impact on Earth's climate, as evidenced by oxygen isotope records derived from forminifera on the sea floor, as well as on human evolution at the time Australopithecus afarensis ("Lucy") went extinct, resulting in the emergence of the Homo lineage 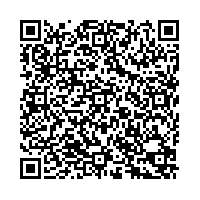