Evidence that the Earth was exposed to Cold Dense Interstellar Medium 2 Myrs Ago as a result of an encounter with Local Lynx Cold Clouds.

Citation: Wang K. Evidence that the Earth was Exposed to Cold Dense Interstellar Medium 2 Myrs Ago as a Result of an Encounter with Local Lynx Cold Clouds. J Space Explor.2022; 11(11).244

The connection between the Sun's location in the interstellar medium (ISM) and terrestrial effects has been studied in relation to the filtration of Galactic Cosmic Rays (GCR) as the heliosphere, the solar system's protective bubble formed by the solar wind, shrinks or expands as a result of different ISM environments. However, the relationship between GCR and terrestrial climate remains unknown. So far, the impact of compact cold clouds 4-5 orders of magnitude denser than the ISM along the Sun's direct path has been overlooked. Geological evidence comes from the isotopes 60Fe and 244Pu. Around 2-3 million years ago, the Earth made direct contact with the ISM. The local ISM is known to be the home of several nearby cold clouds. We derive the velocity field of the Local Ribbon of Cold Clouds using new modelling of 21-cm data from the HI4PI survey (LRCC). As a result, the Earth became subjected to a neutral hydrogen density greater than 3000cm-3. This could have had a significant impact on Earth's climate, as evidenced by oxygen isotope records derived from forminifera on the sea floor, as well as on human evolution at the time Australopithecus afarensis ("Lucy") went extinct, resulting in the emergence of the Homo lineage

The majority of stars produce winds and move through the interstellar medium that surrounds them. This motion forms a cocoon (astrosphere) that shields nearby planets from the interstellar medium. The heliosphere is the Sun's cocoon. For at least the last 3 Myr, and possibly 10 Myr, the solar system has been contained within a Local Bubble (LB). The conditions near the Sun are not uniform, and there are several partially ionized clouds. The solar system has clearly traversed different regions of the Local Interstellar Medium (ISM) over the past several million years, affecting its heliosphere. The solar system is currently travelling at a relative speed of 25 km/s through a Local Interstellar Cloud (LIC). Because of its proximity to the bubble's edge, the solar system will leave LIC in the next few thousands of years. We can learn about the heliosphere's past by studying geological radio isotopes on Earth. Supernova explosions are the primary source of 60Fe. The half-life of 60Fe is 2.6 million years, and the halflife of 244Pu is 80.7 million years. Because 60Fe is not naturally produced on Earth, its presence indicates supernova explosions within the last few 10 million years, as it is trapped in interstellar dust grains. The r-process, which is thought to occur in neutron star mergers5, produces 244 Pu. Evidence of extra-terrestrial 60Fe deposition on between 1.7 million years and 3.2 million years ago (Ma), earth was discovered in deep sea sediments and ferromanganese crusts, in Antarctic snow, and in lunar samples. The abundances were calculated using newly developed high precision accelerator mass spectrometry measurements. At 2 Ma (Myr ago), the 244Pu/60Fe influx ratios are similar, and there is evidence of a second peak at 7Ma. Furthermore, the Advanced Composition Explorer (ACE) spacecraft collected cosmic ray data that measured the abundance of 60Fe. The time required for transport to Earth was estimated in this study concluded that the cosmic rays came from a source closer than kpc away. Multiple supernova explosions within 100pc over the last 10Myr formed the local bubble and processes brought 244Pu to Earth via supernova ejecta, according to studies. Other studies suggested that the above isotopes could have been produced by nearby supernova explosions within 10 pc-20 pc. When the supernova is closer than 10pc, the heliosphere will collapse to distances of less than 1AU. Because of this, this scenario requires fine tuning. The distance is very close to the socalled "kill radius" of 8 pc, which would have resulted in the extinction of all terrestrial life. It has yet to be demonstrated that Fe can be sufficiently deposited on Earth by embedding Fe in large interstellar dust grains for supernovae at greater distances (such as the more recent study that places a supernova at 50 pc). Previous research has speculated that encounters between the heliosphere and molecular clouds could have an impact on the Earth's environment. We show that in the ISM that the sun has traversed in the last couple of Myr, there are cold compact clouds that can have a significant impact on the Heliosphere, the climate, and possibly even the course of evolution. As our simulation shows, momentum deposition by the cloud's high hydrogen density shrinks the heliosphere to a scale much smaller than the Earth's orbit around the Sun, bringing the Earth and Moon into direct contact with the cold ISM. Such an occurrence must have had a significant impact on the Earth's climate.

Future work can investigate the current scenario using more advanced codes that treat the solar wind ions as separate components or the neutral hydrogen atoms kinetically. However, we do not anticipate any significant changes from the current results. Because the density of neutrals is so high, a fluid treatment is required. Thermal and electrical separation Suprathermals will improve our results by bringing them deeper into the heliosphere. This is due to the charge exchange of Pick-Up Ions (PUIs) (the mean free path for keV PUIs 0.01AU-1 (for densities as high as 103 cm-3) and exit the system, causing the heliosphere to deflate. 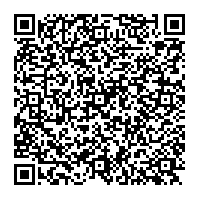