Background: The biological activity of an anti-HER2 molecule is profoundly influenced by the microheterogeneity of the N-linked glycan profile. A minor change in glycan profile of anti-HER2 molecule during post-translational modification showed an impact on its biological activity, Pharmacokinetics (PK) as well as the stability of the molecule. The complexities in glycan pattern of anti-HER2 molecule further encourage the need of new analytical challenges in evaluating the comparability with innovator molecule in recent scenario. Aim/Objective: A comparison of glycan profiling and binding kinetics including charge variant heterogeneity analysis of anti- HER2 molecule with innovator molecule was aimed for the current investigation. Methodology: In the current investigation, The PNGase F digestion of anti-HER2 molecule followed by UPLC analysis under Normal phase liquid chromatographic conditions using a platform approach to establish the chromatographic profile of various Glycan residues such as G0, G0F, GIFa and GIFb, G2F. Further, binding with the HER2 receptor under in vitro conditions through Biocore T200 analysis was evaluated to demonstrate the binding kinetics. Additionally, charge variant heterogeneity was subjected as a part of extensive characterization to evaluate the anti-HER2 molecule in comparison with innovator molecule. Results and Discussion: Anti-HER2 molecule with a mass of 148kDa was purified and a comparison against innovator molecule in glycan profiling was identified by predominant residues, which represent 90% of the glycosylation profile of the anti-HER2 molecule. The terminal galactosylation and fucosylation of glycan residues influence the CDC and ADCC activity, respectively. The variability in the glycan profile can thus affect the biological activity. Further, the high mannose content in anti-HER2 molecule showed the early clearance and provides a strong impact on its PK. Additionally, binding with a HER2 receptor under in vitro conditions through Biocore T200 analysis was evaluated to demonstrate the binding kinetics. The dynamic binding nature of anti-HER2 molecule (6.21x10-10M) and innovator molecule (6.95x10-10 M) showed the closeness of KD value. Moreover, the weak binding of acidic variants with HER2 receptor also provides an impact on ADCC activity and hence, charge variant analysis was shown to be equally important to demonstrate the efficacy of the anti-HER2 molecule. Acidic variant (K0, deamidated Asn) and basic variants (K1, K2) were determined by cation exchange chromatography (CEX) and percentage of acidic variant (<35%) were evaluated based on separation on cation exchange column in UHPLC system. The comparisons were carried out based on the response of reference standard peaks under the identical condition and determine the percentage of acidic variants. Conclusion: Overall, the efficacy and comparability aspects of the in-house anti-HER2 molecule were evaluated against the innovator???s molecule and attested its candidature as a ???Biosimilar??? in the pharmaceutical therapeutic domain. 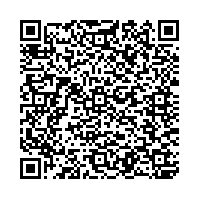