Environmental Characterization and Natural Radioactivity Influential on the Mountains of the Red Sea Coast, Egypt

The Granite Mountains contains a certain amount of natural radioactivity that generally results from the decay of uranium, thorium and 40K isotopes. Calculation of the concentration levels in mountains rock from Knowledge spatial distribution and sources of these isotopes this was very important to avert negative effects the resulting from it. The present work focuses on investigating the distribution, environmental effect and sources of 235U, 238U, 232Th, as well as the activity of gross β and α in rock in some locations in this mountains. Additionally, rocks samples were analyzed by the high-resolution gamma spectrometers techniques. Results detect significant differences in radioactivity in terms of sampling sites variation and clarified a relatively high concentration of 238U in some locations. The activities of 238U, 226Ra, 232Th and 40K were measured as well as the radiological hazard parameters were calculated in the samples. The activities concentration average of (238U, 226Ra, 232Th and 40K) were 191.71 ± 23.55, 177.49 ± 25.62, 65.88 ± 6.48 and 192.66 ± 23.19 Bq/kg respectively. The annual effective dose rate (mSv/y), the mean of the absorbed dose rates (D), radium equivalent (Raeq), the external hazard index (Hex) and the internal hazard index (Hin) and the representative level index (Iγ, Iα) were; 0.25 mSv/y, 205.64 nGy/h, 1.01 mSv/y, 286.90 Bq/kg 1.97 and 0.89, respectively. The calculated radiation hazard parameters in some samples were lower than the global average and other were higher than the global average. The (Hex, Hin, Iα and Iγ) exceeded the unity and out of the human health safe limit and it may be harmful to the peoples in the region. Most of the 238U concentrations in the rock are below the World Health Organization permissible limit for rock. The relatively high uranium concentrations in some rock samples suggest a long period of geochemical interactions between rocks, sediments and water. The results indicate higher levels of the activity of 222Rn and 226Ra lower than the permissible limits for rock. The specific activity ratios of 226Ra/238U and 232Th/238U were calculated for evaluation of the behaviors of these radionuclides. These results give the basic values for the distribution of natural radionuclides in the region and will be used as reference information to determine any future changes. 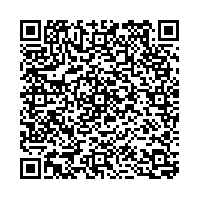