This study reports on the effect of endogenous substances such as fatty acids and indoxyl sulfate on the binding of sodium 4-phenylbutyrate (PB) to human serum albumin (HSA), using an ultrafiltration technique. The free concentration of PB in the filtrate was determined by HPLC. Fatty acids, particularly, octanoic acid are accompanied by a decrease in the binding of PB to HSA through an inhibitory displacement mechanism. The binding of indoxyl sulfate, a uremic toxin, to PB-HSA was decreased with increasing concentrations of caused of indoxyl sulfate. However, bilirubin showed a different behavior compared with octanoic acid and indoxyl sulfate: bilirubin had no effect on PB-HSA binding at lower concentrations of bilirubin, but the extent of binding was decreased at higher concentrations of bilirubin. The findings reported in this work provide basic and valuable information regarding our knowledge of altered PB binding that can occur in in certain diseased states. 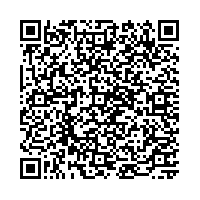