Heterocycles containing benzimidazole scaffold are of great interest because they represent an important class of various synthetic compounds which have beneficial biological activities. In this article, the synthesis of new N-substituted benzimidazole derivatives 4a-c, 5a-c, 6a-c, 7b-c, 8a-b and 9 are described. These compounds were synthesized by first designing the benzimidazole derivatives (3a-c). The derivative 3a was obtained from the condensation reaction between 4- nitroorthophenylenediamine and ethyl formate in the presence of hydrochloric acid. Products 3b and 3c were obtained by methylation of 2-mercaptobenzimidazole 2a and its 5-nitro derivative 2b by the action of methyl iodide in ethanol. Reaction of the derivatives (3a-c) with various functionalized halides in a basic medium led to the N-substituted benzimidazole derivatives. The use of dihalogenated compounds has led to the duplication of the molecule. The structures of the synthesized compounds were characterized by 1H, 13C Nuclear Magnetic Resonance (NMR) spectroscopy, and High-Resolution Mass Spectrometry (HRMS) analyses. 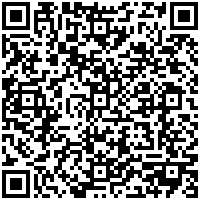