Buoyancy induced natural convective heat transfer along vertical cylinder immersed in Newtonian fluids such as water, water and ethylene glycol mixture with 75: 25 ratio under constant heat flux condition is investigated experimentally and presented. Thermal stratification was observed in the ambient fluid after steady state conditions achieved as the fluid temperature goes on increasing along the axial direction outside the boundary layer. Temperature variation of the cylinder along axial direction, temperature variations of fluid in both axial and radial direction are shown graphically. It is observed that the temperatures of the cylinder and the fluid increases along axial direction and the fluid temperature decreases in radial direction also, it is understood that thermal stratification is achieved. Experiments were conducted for different heat inputs (30W, 40W, 45W and 50W) and a correlation between the non dimensional numbers Nusselt number (Nu) and Rayleigh number (Ra) for uniform or constant heat flux condition is suggested as Nu = 0.287 (Ra)0.287. 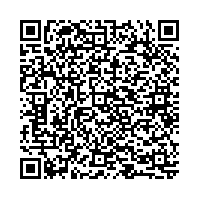