Biosensors research is a rapidly expanding topic with tens of thousands of articles published over the years and a market worth billions of dollars. Biosensor devices have been used in a variety of industries, including food and beverage, agriculture, environmental, medical diagnostics, and pharmaceuticals, among others. Despite the development of various biosensors for the detection of proteins, peptides, enzymes, and a variety of other biomolecules for a variety of applications, tissue engineering applications have remained limited. Real-time detection of tiny molecules such as glucose, lactose, and H2O2, as well as serum proteins of large molecular size, such as albumin and alpha-fetoprotein, and inflammatory cytokines, such as IFN-g and TNF-, has piqued interest in recent years. We present an overview of current biosensor improvements for tissue engineering applications in this paper. Biosensors have gotten a lot of attention in medicine and nanotechnology in recent years, and there's a lot of interest in using them in tissue engineering. Researchers in a variety of sectors have produced various biosensors for applications in medicine, biotechnology, and bioterrorism protection, as well as foods, drinks, and environmental and agricultural applications, since the discovery of the first oxygen biosensor by Lel and Clark in 1962 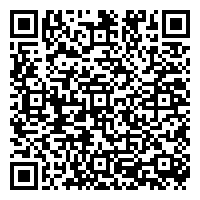