Worldwide annual cost of corrosion is more than the cost imposed by all natural disasters altogether on humanity. Microbiologically influenced corrosion (MIC) is when organisms (particularly bacteria and archaea) assist in promoting and facilitating corrosion. The cost of MIC to industries may reach up to 40% of the cost of corrosion. There are five ways by which corrosion (and thus MIC) can be controlled. One of these methods is application of coating materials. While there are various kinds of coatings, including metallic coatings, a good number of coatings used in industries are polymer-based materials such as but not limited to epoxy. In addition, due to practices such as materials selection, very sensitive equipment such as underground metallic fire water rings are now being replaced by materials such as HDPE or composites, in the hope that they would not corrode. The bitter fact is, however, even these non-metallic materials are susceptible to microbial degradation and while they can safely be assumed to be resistant to electrochemical, non-microbial corrosion, the risk of microbial degradation could be of alarming nature. After introducing some examples of corrosion related bacteria and the way(s) by which they can affect corrosion of metals, some examples of polymer/composites exposed to biological degradation will be presented. The main aim of this keynote lecture is to draw the attention of both research and industry to the engineering importance of (1) MIC and (2) susceptibility and vulnerability of polymers and composites to biological degradation leading into their intrinsic weakness against MIC as coatings and/or materials of choice. 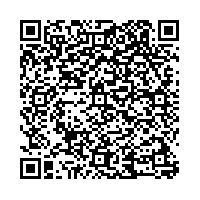