Antitrypanosomal and Antileishmanial Activity of Chalcones and Flavanones from Polygonum salicifolium

Trypanosomiasis and leishmaniasis are a group of neglected parasitic diseases caused by several species of parasites belonging to the family Trypansomatida. The present study investigated the antitrypanosomal and antileishmanial activity of chalcones and flavanones from Polygonum salicifolium, which grows in the wetlands of Iraq. The phytochemical evaluation of the plant yielded two chalcones, 2′,4′-dimethoxy-6′-hydroxychalcone and 2′,5′-dimethoxy-4′,6′-dihydroxychalcone, and two flavanones, 5,7-dimethoxyflavanone and 5,8-dimethoxy-7-hydroxyflavanone. The chalcones showed a good antitrypanosomal and antileishmanial activity while the flavanones were inactive. The EC50 values for 2′,4′-dimethoxy-6′- hydroxychalcone against Trypanosoma brucei brucei (0.5 μg/mL), T. congolense (2.5 μg/mL), and Leishmania mexicana (5.2 μg/mL) indicated it was the most active of the compounds. None of the compounds displayed any toxicity against a human cell line, even at 100 µg/mL, or cross-resistance with first line clinical trypanocides, such as diamidines and melaminophenyl arsenicals. Taken together, our study provides significant data in relation to the activity of chalcones and flavanones from P. salicifolium against both parasites in vitro. Further future research is suggested in order to investigate the mode of action of the extracted chalcones against the parasites. 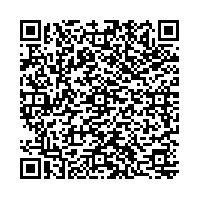