In the present work sunflower oil was heated in the presence of four different spices namely fenugreek, cumin, black cumin and coriander. Four different sets were prepared with the oil and each of the respective spices. Each set was heated from 70°C to 250°C. From time to time samples were withdrawn and their acid values, peroxide values, p-anisidine values and iodine values were evaluated. It was observed that at all temperatures black cumin displayed the minimum acid value. Hence black cumin was able to considerably prevent the hydrolysis of the oil to fatty acid. However, in case of peroxide value determination, it was observed that under initial heating conditions, coriander generated lower peroxide value. But at higher temperatures once again black cumin treated oil displayed lower peroxide values. Again, both black cumin and coriander treated oils demonstrated low p-anisidine values. Iodine values of both coriander treated and black cumin treated oils were initially quite high, followed by gradual lowering along with temperature. 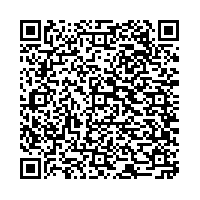