An Experimental Insight into Thermoacoustic Smoldering

Most of the combustion processes are accompanied by sound which significantly affects the progression. The work attempts to gain physical insight into the acoustic-thermal energy interaction and related implications on smoldering combustion. Thorough experiments were carried on incense stick with systematic variation of surface orientation and distance between sound source and fuel for a fixed frequency sound. The acoustic effect was observed and evaluated with variation in fuel regression rates under diverse conditions. Spreading process on a thin solid fuel under conditions of varying surface orientation and constant exposure to sound varies significantly. The change due to acoustics follow similar trend as without with upward and downward spread undergoing maximum effect. The resultant heterogeneous heat transfer owing to change in localized temperature and velocity fields is explored. The thermoacoustics interaction significantly increase the forward heat transfer with varying source separation distance. The maximum acoustic effect occurs at an intermediate sound source location whereas, the minimum effect was evaluated to occur with nearby placement of sound source. Two distinct zones are established based on external sound source location indicating no effect) and drastic rise for upward and downward spread. 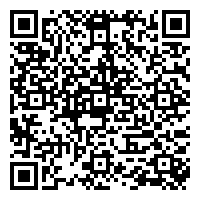