Alzheimer's disease (AD) is the most common form of progressively neurodegenerative diseases and poses an increasing burden for our aging societies. The disease is associated with the loss of neuronal connections and manifested by Amyloid β (Aβ) fibril plaques and Tau neurofibrillary tangles in the brain Aβ is cleaved from intramembrane proteolytic processing of Amyloid Precursor Protein (APP) by β-/ γ-secretase. The Aβ peptides may aggregate into transient and on-pathway oligomers, and eventually deposit as insoluble fibrils within the plaques. Among these aggregates, on-pathway oligomers are assumed in many studies to induce the neuronal dysfunction. Alternatively, the peptides can be stabilized as the off-pathway oligomers with which the preformed fibril seeds do not promote fibril formation . However, cellular toxicity cannot be distinguished from the on- or off-pathway identity .In addition to the oligomer toxicity, it has been suggested that the concentration of metal ions, like copper, is increased by up to 5.7 times in the plaques of AD brains as compared with the healthy ones. 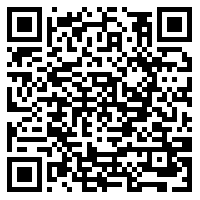