The water pollution due to the contamination of heavy metals is drastically increasing. Lead (II) is one of the major heavy metal causing many diseases to human community. In this study, adsorptive removal of lead (II) from aqueous solution was performed using a non-conventional activated carbon (PSC) prepared from the seeds of Passiflora foetida plant using HCl as an activating agent. The prepared adsorbent has a surface area of 179 m2/g. The maximum amount of lead (II) removal was observed at a pH of 4.5. The adsorption of lead (II) increases with increasing the initial concentration from 20 to 60 mg/L and it decreases with increases in temperature. The adsorption of lead(II) by PSC follows pseudo-second order kinetics and Langmuir type of isotherm. The negative value of Gibbs free energy indicates the spontaneous nature of adsorption. The adsorption of lead (II) by PSC is favorable and spontaneous in nature. The desorption studies indicates that lead (II) can be desorbed using an eluent with low pH (2.0 to 3.0). 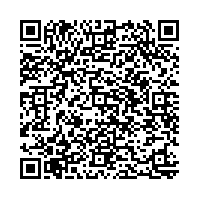