A Newtonian Logistic System for the Earth-Iss-Moon Cargo Delivery

The objective of this paper is to introduce a new cargo logistic system for Earth-ISS-Moon cargo delivery. The new logistic system is called the Newtonian Logistic System (NLS). The Newtonian logistic system is based on a slingshot structure that uses the Newtonian forces. This paper discusses the details of the NLS. The NLS consists of at least (3) steps. Step one, consists of launching a guided cargo ( cargo guided by a booster drone) from Earth towards the lower orbit of the ISS. Step two, Once the guided cargo is in orbit it waits to be picked up by a tow drone that is slingshot apparatus which is a new structure added to the ISS for this purpose. The tow drone then brings the guided cargo to the ISS. Step three, On the ISS the cargo is unloaded and either is reloaded for delivery to the Moon, or is sent back to Earth. Both the Booster drone and the Tug drone are equipped with an special propulsion engine called Modified Linear Propulsion engine. This is a linear engine modified to work in space. The term "drone" is used in place of UAS (Unmanned Aircraft Systems) in order to imply a more idealistic vision of the aircraft. 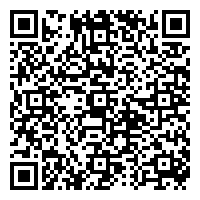